Even when one of my favorite perfumers is involved it is still painful to receive a ten-fragrance new collection from a neophyte creative director. The new collection by Vietnamese ex-Creative Director at Elite Modeling Agency in London, Phuong Dang, has all the earmarks of the worst of these endeavors. She gave an interview to a website called “girlboss” in which she revels in her lack of knowledge of perfume. Within the interview, she says she blended oils to help her as a source of comfort. As she got her MFA degree she concluded she wanted to match her visual art with perfume. Over time she had learned enough to find the name of Bertrand Duchaufour. She wrote him a letter on a whim asking him to help her with her idea; surprisingly he agreed. A few months ago, the Phuong Dang Collection was released; all ten of them. 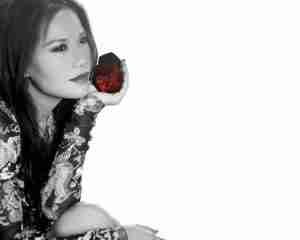 M. Duchaufour was the perfumer behind nine of the ten; Marina Jung Allegret did the remaining one; Raw Secret. It is very difficult for me not to see this as the most cynical of perfumery. Liquid Red is the lipstick inspired entry. Leather Up wastes a perfumer who has made amazing leather perfumes on something where the leather is overwhelmed by almost everything else. There are two ouds, Obscure Oud and Untamed Oud, which present nothing new again from a perfumer who has produced oud perfumes much better than these. Chypre (Cryptic), Oriental (Craving), White Flowers (Raw Secret), Gourmand (The Calling), and Floriental (Vermillion Promise). Just check off the boxes as you go through the collection. It was all too easy to consign these to the forgettable file. 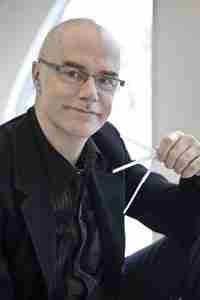 Except a talented perfumer like M. Duchaufour probably can’t help but produce one out of nine which rises above. Believing was the one which hit a single for me because it was one which tried for something slightly different. It still carries some of the flaws of the rest of the collection but I found more memorable moments than not while wearing it.

Believing is the citrus fresh floral check box and so it begins with fruit. Grapefruit, yuzu, and mandarin are all here to represent the spectrum of citrus. A mixture of red and green berries adds a bit of lushness to the citric overload. Hyacinth comes on the scene to lead you in to a floral fusillade in the heart of primarily rose but significant amounts of jasmine, champaca, and freesia also crowd in to the mixture. This is one of those flaws I am speaking of as nearly all the perfumes would have been better if at least one phase was slimmed down a bit to allow the entire composition to breathe a little bit. Instead Believing is as overstuffed as the others but in this case M. Duchaufour strikes a balance. It still has a lot of presence but I didn’t mind it as much. The base continues in the “more is better” vein with myrrh, patchouli, vetiver, musk, and sandalwood forming a gigantic foundational block which also managed to strike the right balance, surprisingly.

Believing has 14-16 hour longevity and above average sillage.

Mme Dang in that girlboss interview states her personal credo is to “Push boundaries.” This first collection of perfume is no example of that kind of thinking. It is firmly inside the lines with nothing which even flirts with coloring outside of them. As I mentioned I think it is hard for a perfumer like M. Duchaufour to go zero for nine but at least for me he only went one for nine;with Believing being that one.

Disclosure: This review was based on samples provided by Barney’s.