The fougere is one of the oldest genres of perfumery. It is accepted as being the place where modern perfumery began 134 years ago. Since then it has been one of the styles which has probably had the broadest impact from the drugstore to the niche boutique. Much like its cousin, cologne, it has been ripe for remodeling. The modern versions of these venerable forms allow for the use of new ingredients to reinvigorate the form. I support that kind of thinking but there are moments when I want to return to the beginning. I just want a traditional fougere done with exceptional materials; the new Parfums MDCI Le Barbier de Tanger is exactly that. 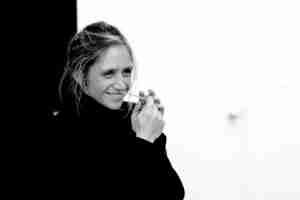 Fougeres are most often described as “barbershop” fragrances. It is generally true that the keynotes of citrus, lavender, and vetiver which form the spine of many fougeres are also the milieu of the barbershop. In fact, when I try and describe vetiver to non-perfume people I invoke the barbershop as a place where they might have encountered it. Fougeres have always called up the barbershop I went to as a child not only for the smells of the shop but the patrons were likely to be wearing the mass-market men’s fragrances of the day; in the 1960’s those were fougeres. Fougeres are also the culprit when a man wears too much perfume. Which is all part of the reasons why current perfumers have embraced making changes to step away from that. Le Barbier de Tanger embraces something different by hewing to the classic architecture. 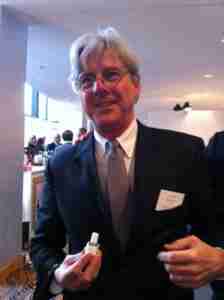 Claude Marchal the owner and creative director behind Parfums MDCI oversaw one of the best modern fougeres in one of the brand’s earliest releases, Invasion Barbare. Le Barbier de Tanger is an alternative as M. Marchal asks perfumer Anne-Sophie Behagel to go back and create a classic fougere with top-notch raw materials.

Le Barbier de Tanger uses a mixture of bergamot, lemon, and tangerine to provide the citrus top accord. To that Mme Behagel adds basil and cardamom as contrast and complement respectively. This is as good a citrus opening phase as I’ve tried this year. Mme Behagel places each piece so that they all shine brightly together. The heart brings in lavender which at first tilts more herbal because of the basil but then goes more sweetly floral because Mme Behagel adds pineapple to it. To keep this from getting too sweet she also employs petitgrain to tune this so it stays right in that sweet spot that doesn’t challenge those barbershop norms. A verdant vetiver provides the center for the base accord to form around. Patchouli and woods provide traditional support but Mme Behagel turns it just a bit leathery with some oakmoss to form the leather accord.

Le Barbier de Tanger has 14-16 hour longevity and above average sillage. Be careful this is like those fougeres of yesteryear they can fill up a room if you spray too much.

When I read M. Marchal’s description before trying Le Barbier de Tanger I hadn’t realized how much I missed a true old-fashioned fougere. Once I had the opportunity to experience it I felt like I was welcoming a childhood friend back into my life. Le Barbier de Tanger is so good because it follows all the first principles of fougeres.