Independent perfumer Pierre Guillaume has continued with his re-examination of his original releases. After which he releases a new perfume with the X.1 attached to the number. It has been interesting to observe M. Guillaume as he takes his early inspiration and reconsiders it years later. It look forward to see what M. Guillaume chooses to do with each new concept built upon the old. The latest release is Parfumerie Generale 9.1 Komorebi.

The perfume getting an update is 2006’s Parfumerie General 09 Yuzu Ab Irato. M. Guillaume was attempting to cross a Japanese and Mediterranean aesthetic. This was one of the early misses for me. The mint smelled like mouthwash and it didn’t help the perfume shared the color of the same product. This was one of the few times I felt like M. Guillaume was trying to force a concept into the bottle instead of allowing it to come together from a less manufactured place. 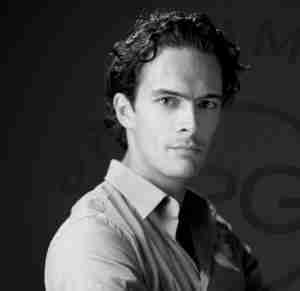 For the first time the update was not going to be taking on one of the perfumes I liked. This was going to be a case where M. Guillaume would have my full attention without my comparing back to something I really liked. The name was already a good sign. Komorebi is a Japanese word which describes sunlight filtered through the leaves of the trees. Gone are the attempts at grafting a Mediterranean style onto something Asian. It also lives up to the name because this is an unrelenting perfume of crushed greenery. I happen to enjoy that smell which is why I enjoyed Komorebi.

It opens with an ozonic accord to capture the sunlight. The mint makes a return but thankfully only for a moment adding a chill to the fresh air. M. Guillaume uses two sources of green; blackcurrant bud and reseda. The latter is an unfamiliar ingredient to most, but it carries a violet aura in herbal packaging. It is a good match with the black currant bud which carries a fruity aura within sappy green packaging. Combined there is an accord as if you took handful of green leaves and crushed them in your hand. Sniffing the sticky places where the sap clings to your fingers. It is the heart of Komorebi and I have enjoyed it in these final days of summer. The base accord comes through with the trees, as a sturdy oak holds the center slightly ameliorated with some tonka.

Komorebi is not only an update it is also an upgrade over the original. This shows when M. Guillaume allows an idea to arise like the sap in trees he can create something memorable.