For those who grew up in the 1970’s you’ll probably remember this. In those days Reese’s Peanut Butter Cups had an ad campaign where someone eating chocolate would bump into someone eating peanut butter. They would then exclaim, “You got peanut butter on my chocolate” or “You got chocolate in my peanut butter.” Before the announcer would break in with the tag line, “Two great tastes which taste great together.” There are a few perfume brands which tend to live by this motto. Montale Oud Tobacco is a good example. 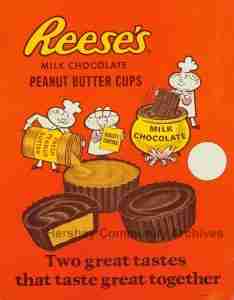 In the case of Oud Tobacco there actually is more that just the two named notes. It is a couple of those which improve this greatly. After a swiftly dissipating citrus top note I get the animalic sweaty scent I expected to get from oud only to realize it is cumin. That spice forms the early contrast to the rich tobacco. At this point there is an orange blossom which adds creamy vanilla-like depth to it. That is picked up by tonka bean. It isn’t until here that the oud makes its presence known. This is the smell I associate with oud chips burning in a brazier. It is as if puffs of oud smoke are being wafted through the tobacco and cumin. It is all the better for being an unexpected way to use it.

There are times when the longevity of Montale perfumes wears out their welcome. Oud Tobacco was not one of those. If there was a commercial to go with it, I could see it going like this. Hey, you got oud in my tobacco. No you got tobacco in my oud. Voice over says two great smells which smell great together. There would be some truth in that advertising.

Disclosure: This review is based on a sample provided by Montale.