I am not opposed to powdery fragrances. They do have a line they can cross. I prefer them in smaller quantities. Once it wanders into the area where I can almost see the cloud that I am smelling that is too far for me. This is purely a matter of taste. There are women in my life that carry off the latter style beautifully. I just have a problem spending a few hours with it. Which is why when one in the style I like comes along I smile. Maison Crivelli Papyrus Moleculaire is one of those. 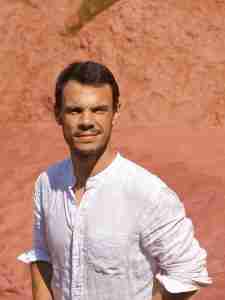 At the end of 2018 creative director Thibaud Crivelli released a collection of perfume in which he wanted to focus on textural accords. Over the first six releases he has largely succeeded. The perfumes all have a moment, or two, where the scent has a tactile feeling. In Papyrus Moleculaire this aesthetic becomes further refined. 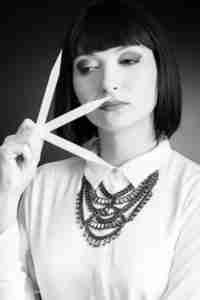 M. Crivelli encountered the titular note as papyrus powder in an encounter with a cigarillo smoking women. It made him want to turn this version of papyrus into a perfume. He turned to perfumer Leslie Girard. Mme Girard took the inspiration and combined it with other powdery ingredients. It results in a compelling piece of perfumery.

Papyrus when it is usually used has a watery woody green scent profile. Mme Girard in thinking of it as a powder focuses on the woodiness. It forms a kind of sawdust-like effect. In the early going coriander and elemi coax what remains of the green out from the papyrus. In the heart is where the powdery texture is achieved as carrot seed, amyris, and iris fold themselves in. Now the sawdust takes on a more floral powderiness. The papyrus does not lend itself to being overstated. Mme Girard feathers in her heart notes to give the powder a different feel altogether. This is where I feel the textural shift the brand speaks about. It finishes with softly sweet facets of tonka and resinous frankincense.

I am rapidly becoming quite fond of this brand. It is not often that the aesthetic stated is achieved. In addition as M. Crivelli oversees each new release he is seemingly becoming more assured in how he wants it to be achieved. Papyrus Moleculaire succeeds because of it.