Every era has their movers and shakers. In the current time they can be internet moguls as well as the more traditional business kind of mogul. Also in 2016 the corridors of power are less defined. Back in the 1880’s not only were those corridors well known the members were a select confederation of men. Lubin Paris has been a brand which has explored, through fragrance, different European historical figures and times. With their latest release, Upper Ten, it is the American experience being interpreted. 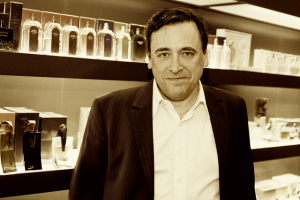 Upper Ten comes from American Nathaniel Parker Willis who in 1850 described those men who were the visionaries and bullies as America began to exert more influence as “the ten thousand who matter”. President and Creative director of Lubin Gilles Thevenin wanted a perfume which captured the wood paneled parlors where those “who matter” met to divide up the opportunities. He enlists perfumer Thomas Fontaine to bring this to life. What Upper Ten really does well is to settle into a nice leather wing chair surrounded by polished woods. 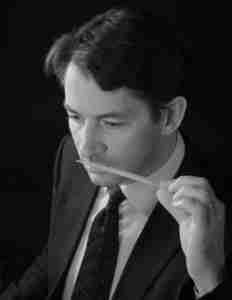 Upper Ten has a very beautiful but maddeningly fleeting top accord. M. Fontaine uses bergamot, saffron, juniper berry, cardamom, and baie rose. It is a lovely opening but it comes and goes so fast it doesn’t have the chance to make an impact. It is a shame because I really liked the energetic way those notes all came together and could’ve done with a little more time with them. Geranium and leather form the core of the heart notes. This begins to assemble the lair of the men of influence. M. Fontaine imparts a softness to the leather by a judicious use of peach to blur the sharper framing leaving something more refined. That leaves the woods to arrive with gusto as cedar and sandalwood become the overwhelming accord for most of Upper Ten. These do have a sharp separation between the strong lines of cedar juxtaposed against the more arid features of sandalwood. The woods in Upper Ten are extremely desiccated and are only modulated ever so slightly by a bit of patchouli and white musk.

Upper Ten is mostly a very dry woody perfume. Everything that comes before develops rapidly until you are left with the woods. I think the unforgiving nature of these dry woods will only be enjoyable for those who really like cedar and sandalwood. One day I was happy to be smelling it into the evening. The other time it was borderline irritating because of the almost unforgiving relentlessness of the woods. I liked it but it something I will only wear when I am in the mood for woods or getting my Vanderbilt on.