It was the mid-1970’s was when logo mania began. There was a desire by consumers to wear or own something with a conspicuous brand logo which showed off their taste/affluence. One of the earliest of these were the active wear produced by French clothing brand Lacoste. The logo was a little alligator and if you were wearing one you were on trend; for that time. I was part of it and owned my share of Lacoste shirts made for playing tennis in. I actually would play tennis in them because where else better to show off the alligator on my shirt? From these beginnings Lacoste has become an evergreen brand producing a full line of activewear, ready-to-wear, accessories, and fragrance.

The fragrance piece of Lacoste started in 1984 with the legendary perfumer Jean Kerleo creating an elegantly classic fougere. This was pretty much all that was released until 2002 when Lacoste really embraced fragrance as part of the overall collection. In this iteration Lacoste fragrances have become mainstream styles of perfume. There are some nice ones in there but they aren’t particularly different than others on the same shelf. I think this is an overall adequate collection with generally good perfumes within it. Which means when I receive a sample that I always give it a try. The new L’Homme Lacoste caught my attention. 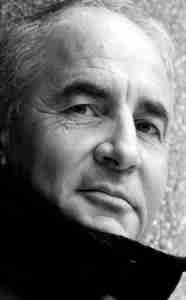 The reason it caught my attention was perfumer Michel Girard created a beautifully crisp top half over a generic base. This is an unfortunately common practice where some creativity is displayed early on only to fade to the commonplace. Which means the things up front need to be extra compelling. In L’Homme Lacoste they were.

M. Girard uses rhubarb and its grapefruit-like vegetal scent profile. He matches it with the sweet pear-like quality of quince. This is not a common combination which is why it struck me. The two ingredients form a lively duet. This is made even more kinetic with ginger and black pepper. These turn the duet into a snappy quartet. The pepper functions as a pivot for the greener aspect of rhubarb. The ginger takes the quince for a quick spin. For about 45 minutes these four notes are as good as mainstream perfume gets. Then it all gets consumed in a wave of bland cedar and ambrox which is where L’Homme Lacoste spends many hours; unfortunately.

The early moments of L’Homme Lacoste are such a good representation of mainstream perfume creativity I had to carry my sample around and re-apply after a few hours because I needed a reminder of why I thought this was good. Those early notes are like a tennis player rushing the net to lay down a perfect drop shot only to go back to a long exchange of boring groundstrokes. I do wish the base wasn’t so crushingly generic because the opening is not.

Disclosure: This review was based on a sample supplied by Lacoste.