There have been a number of older brands which have been revived, especially over the last two or three years. The early days of these brands is a gradual re-formulation and re-release of the originals. Most of these brands, so far, have had no ambition to be more than a nod to the past. It was why I was so pleased to sit down with the owner and creative director of Le Galion, Nicolas Chabot, at Esxence 2015. The follow-up to last year’s re-release of Le Galion’s original founder Paul Vacher’s perfumes was for the brand to create new perfumes. There are three entirely new perfumes to be released in 2015. Two of them are by perfumer Vanina Murraciole and both are leather focused fragrances. Of the two there is one of them which is my favorite of the new compositions, Aesthete. 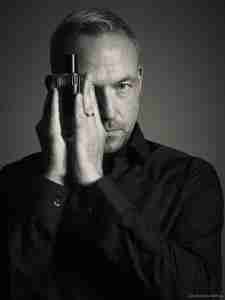 Aesthete is defined as, “a person who has or affects to have a special appreciation of art and beauty”. That is an elegant definition for someone who might be, under other circumstances, called a snob. There is a nice bit of symmetry here as one of the original Le Galion perfumes by M. Vacher was called Snob. As M. Chabot looks to find a modern place for the venerable line Aesthete conjures up a more contemporary version of Snob. Where Snob was fruity floral focused on white florals; Aesthete is all about the leather. 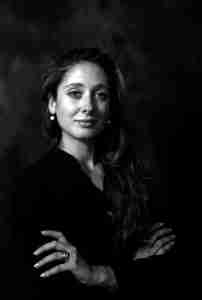 Mme Murraciole opens Aesthete on a bold bit of percussion with an overdose of incense matched with saffron. There is probably no better way to capture my attention than to use those notes. Mme Murraciole takes advantage of the intense incense concentration to bring the focus to the slightly metallic background great incense contains. This allows the saffron to coat over that and give it an even more exotic feel. Mme Murraciole’s leather accord is meant to evoke refined Persian Leather. I found it to be extremely soft and supple on my skin. Especially after the incense and saffron from the top notes. The leather gets some company with an extremely well-behaved jasmine. This is a nod to the white floral heart of Snob, I think. Mme Murraciole returns to something a bit more untamed as she uses castoreum and oud next. This is, exactly as you would expect it is, as animalic as it can get. It is like the leather is growing hair again. It has a fabulous development arc from the refined to the raw. It might even be a little too raw for some because it does offer a bit of a tonal shift. The base notes offer a shift back to something less provocative as Mme Murraciole uses sandalwood, vanilla, and a mix of white musks to provide a familiar foundation.

Aesthete has 12-14 hour longevity and above average sillage.

When I reviewed Snob I mentioned that it felt the most modern of the line which had been created 62 years previously. Aesthete reinforces the notion that Le Galion is not satisfied with re-interpreting the past but charting a brand new course. M. Chabot provides a steady hand and vision. Aesthete is the product of that and it shows. Le Galion is now ready to set sail on the modern olfactory ocean and I can’t wait to see where it lands next.

Disclosure: this review was based on a sample I received at Esxence 2015 from Le Galion.