The first four releases from Juliette Has a Gun; Lady Vengeance, Miss Charming, Citizen Queen and Midnight Oud were some of my favorite releases of 2006-2009. They shared a common strength which made them stand out. All brands develop and Creative Director Romano Ricci moved away from that style over the next four releases. I thought they were all nice compositions but I wanted a return to the style of the first four. I heard that last year there was a very limited edition called Oil Fiction which did this. It was such a limited edition I never had the opportunity to try it. Then I received a press release announcing the new Luxury Collection which would be represented by Oil Fiction and a new entry, Moon Dance.

With it more available I was able to try Oil Fiction finally. As much as I wanted it to be like the first four it felt more like the more recent compositions which weren’t as compelling to me. Because of my dashed expectations I wasn’t expecting Moon Dance to be any more engaging. That turned out be an erroneous supposition. Moon Dance does for violet what the early four did for rose making it feel completely contemporary. Violet can have a natural vintage feel because of its use in so many of the older classic perfumes. It is one reason I think the more modern perfumers shy away from using it. Why have to deal with pre-conceived notions when you can go pick a different floral without the baggage. What I have found is in the rare cases where a perfumer will take on the challenge, if successful, the violet can be twisted to have something new to say. Moon Dance is a violet perfume with something new to say. 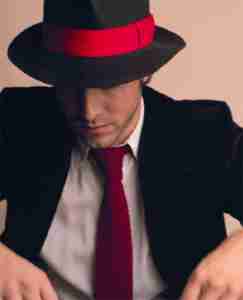 Moon Dance opens on a mix of sparkly bergamot over a full spectrum violet. To distinguish from old-fashioned violets this violet embraces all of the prickly metallic character of violet adding in the violet leaf to add sharp green facets. An inspired choice of another old-fashioned note, tuberose, forms the heart note which tries to tame the fractious violet. It doesn’t quite succeed but it does set up a delightful paso doble between the two as each stalks the other across the olfactory dance floor. There was never a moment during the first half of the development dominated by the violet and tuberose where this didn’t feel different and new. If Moon Dance ended here I would have been very happy. Instead my enjoyment is greatly increased by the decision to finish Moon Dance on an equally full-spectrum animalic musk. This makes the passion of the dance the violet and tuberose lead to something so primal it almost emits an audible growl. A tiny amount of oud and patchouli round off some of the more feral tendencies but Moon Dance ends with a snarl of desire.

Moon Dance is the best Juliette Has a Gun release since the original four. It carries much of the same brand DNA which existed back then. I am hopeful that this new Luxury Collection will be a place where M. Ricci will return to some of those themes he so excitingly explored in the early days. Moon Dance reminds me of a line from the Eagles’ song “Life in the Fast Lane” to describe Moon Dance, it is brutally handsome and terminally pretty.

Disclosure: This review was based on a sample of Moon Dance I purchased from Twisted Lily.