When I travel to a new country there is that moment on the first morning where all the new stimuli can become overwhelming for a short period. Eventually I sort it all out and begin to explore; settling in to the rhythm of the new vistas. When this experience is combined with a honeymoon it intensifies everything as these feelings are now doubled. The founders and creative directors of Jul et Mad, Julien Blanchard and Madalina Stoica-Blanchard have been telling the story of their relationship through their perfumes. A little over two years ago Aqua Sextius represented their wedding day. The new release Secrets du Paradis Rouge picks up the story with their honeymoon to Marrakech. 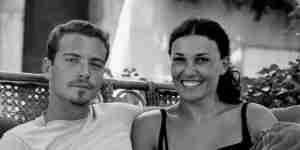 To compose the perfume M. Blanchard and Mme Stoica-Blanchard chose to work again with perfumer Luca Maffei. Sig. Maffei did two of the three perfumes in last year’s Les Whites collection with Nea winning a 2016 Art & Olfaction Award in the Independent Category.

For Secrets du Paradis Rouge Sig. Maffei was tasked with composing a perfume which captured the Red City and the newlyweds coming together. The choice was in the very early moments to do in a perfumed way what I described in the previous paragraph; start out fast and furious right on the edge of overload. Then pull it back as the lovers find they are falling in love with a city as they settle into their new lives. 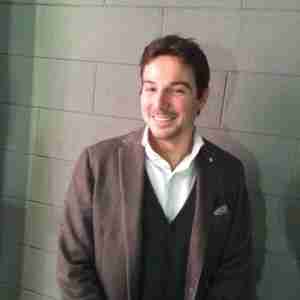 Secrets du Paradis Rouge opens with a very green Moroccan Neroli which if Sig. Maffei had let it be the only note in the opening would have been beautiful. Except this is all about saturated senses and so here comes clove, orange, davana, almond, and honey. This arrives in an exhilarating rush which might make you think the rest of the perfume is going to be as concentrated. Now Sig. Maffei peels back many of those opening notes as a Turkish rose forms the center of the heart. The honey takes on a more prominent role along with the orange but not the pulp but the greener nature of the rind. The base accord becomes cozy as patchouli, amber, musk, and benzoin form a softer Oriental accord than usual. The final moments are a sweet kiss of vanilla over the traditional base accord.

When I first smelled the opening on a strip I was unsure about Secrets du Paradis Rouge. Once I got down to wearing it that opening works amazingly well on my skin. Over the rest of the day as the perfume settles into its quieter more studied phase it really takes off. It is a real perfumed journey which has a definitive beginning, middle, and end. I like this as much as I like Nea which should tell you how much I like it. I need a little more time with it to know if it is my favorite but it surely is in the conversation. The Red Honeymoon has carried me away.

Disclosure: This review was based on a press sample provided by Jul et Mad.