It was in the early 1990’s that a London-based aesthetician named Jo Malone burst on to the fragrance scene with a true original perfume called Lime Basil & Manadrin. The herbal citrus perfume has become a standard not only within the line but in general. In 1999, Ms. Malone sold her fragrance business to Estee Lauder in one of the earliest niche acquisitions by a large beauty company. In the seventeen years since that acquisition I think Jo Malone has done pretty well staying true to the style Ms. Malone pioneered in her early days. I tend to look forward to receiving new releases because I think the large company has not squashed the spirit of the small company it acquired.

In particular the last couple of years has seen some releases which have been among the best the line has released; 2014’s Wood Sage & Sea Salt along with last year’s Mimosa & Cardamom are but two examples. I was really looking forward to the latest release Basil & Neroli for a couple of reasons. The first was that this is the first time basil has been used as a keynote in a Jo Malone perfume since that long ago original release. Secondly perfumer Anne Flipo seemed to be extending the Herb Garden collection she did earlier in the year for the brand. I really liked the way she used the herbs throughout those fragrances. 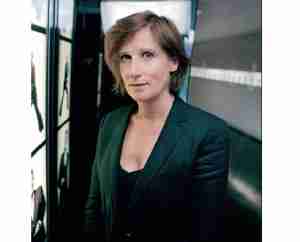 Basil & Neroli is real deep dive into the two notes on the label. Mme Flipo uses three different sources of basil throughout. Two of them are sort of spliced together which give some unique perspective to this herbal ingredient. The neroli is also incredibly rich matching the variations in basil.

In the top accord Mme Flipo takes a version of basil called Grand Vert. That is some truth in advertising as the first hint of basil is very green. It is sharpened by the use of cedar leaves to bring it into hyper-focus. Then the second variation of basil to be used is called a “basil-verbena twist” this takes the green tinted verbena twisted with a lees Grand Vert version of basil so that the lemon quality can peek through. Once this is in play it is like finding a lemon amongst a dense bush of basil. The lemon connects to the other titular note as neroli finds its way out of the green. Bitter orange helps push some of the green down too. The third basil comes from doing a combined headspace isolation of basil and neroli together. This lays down an interstitial foundation where the top accord and the neroli combine in a luminous uber-accord. The base is vetiver to keep the green theme through to the base. Mastic to extend the citrus character a bit. Finally, some white musks to add a bit of expansive lift.

Basil & Neroli is one of my favorite Jo Malone fragrances I’ve tried. The last time I enjoyed one as much on first try it was 2008’s discontinued Sweet Lime & Cedar. That bottle is getting sort of low these days but I think I just found a replacement.

Disclosure: This review was based on a sample from Jo Malone.