There are actors who become so identified with their roles it becomes part of their name. For the last third of his life it was so for Anthony “Zorba the Greek” Quinn. It is testament to the actor’s skill that they portray a character so vividly that it becomes part of who they are. Although few remember the tragic events, in the 1964 film which lead to the final scene of Zorba dancing on a beach in Crete. Upon his passing in 2001 it was the picture of this moment in the film which accompanied his obituary most often. I have never read the book the movie is based upon by author Nikos Kazantzakis. If I ever do it will be Mr. Quinn who I see in my mind’s eye as Zorba. Which is how I approached Jardins D’Ecrivains Zorba. 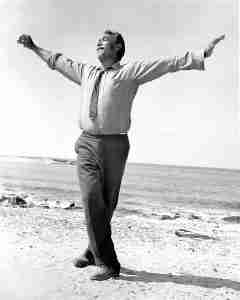 In the movie the location of the Greek island of Crete was as much a character as any of the humans. Captured in black-and-white by cinematographer Walter Lassally. He would win the Oscar for it. He made every craggy outcrop and the sand of the beach seem to leap off the screen. It stands fifty years later as one of the great cinematographic efforts of all time. 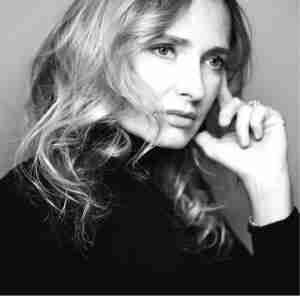 Owner of Jardins D’Ecrivains, Anais Biguine was probably more influenced by the novel. The name of the brand is after all garden of authors. It seems as if the literary and the cinematic coincide to imagine a craggy aquatic.

It begins with a fresh sea air accord, ozonic and expansive. A set of herbs led by sage and a scrubby wood accord are the things growing out of the rocks on the shoreline. The sweat of the dancing Zorba comes through castoreum. Fresh floral notes of cyclamen and iris dance over a carpet of moss. It was hard for me not to hear the indelible mandolin music and see Mr. Quinn’s face while wearing this.

This is a rough-hewn version of the Mediterranean style of perfume. I like it because it loosely follows the rules of that style. In my head I thought of this as Aquatic the Greek. If you want a different type of aquatic for the upcoming summer take a spin on the beach with Zorba.