As a young boy most of my imaginary traveling around the world was done in the movie theatre accompanied by 007 James Bond. As I would watch him save the world from one exotic place to the other I would always imagine myself tuxedo clad traveling the planet. One of the more striking locales 007 visited came in the thirteenth movie in the series 1983’s Octopussy. He would track down the titular jewel smuggling ring leader in what is called The Floating Palace on Lake Pichola in Udaipur, India. It is one of those pieces of ancient architecture that looks impossible to exist. There sits this massive palace surrounded by water. It shouldn’t be possible but it is there. Natural perfumer Hiram Green is also inspired by that which seems impossible and the floating palace of Udaipur is his inspiration for his latest release Voyage.

This is the third release from Mr. Green in just over two years. What is becoming one of his hallmarks is the ability to make an all-natural perfume which has a lasting powerhouse impact. If there is a pervasive criticism of all-natural perfumes it is they lack power and longevity. Mr. Green has shown the ability to make both of those moot points. There is a danger when you turn the volume up as high as Mr. Green does and that is if you are not careful it can be overwhelming for long stretches. Each successive release has gotten this particular equation correct with Voyage being the most balanced of his first three releases. 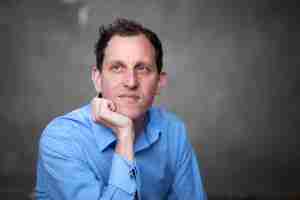 Voyage opens with a classic spiced orange accord. The citrus comes via orange and the spices seem a mix of cardamom, caraway, and cumin perhaps. It is an exotic mélange which effectively sets the stage as India. After some time patchouli provides the transitory note to the suede accord at the heart of Voyage. This is a rich natural leather accord which provides a restrained animalic heart to Voyage. It is smooth where the spiced orange was a bit rough. Eventually it all floats on a lake of vanilla as the leather provides the palace structure.

Voyage is a set of fascinating transitions from the heat of the spices to the splendor of the suede down into the overall sweetness of the vanilla. The vanilla is very sweet on my skin and it does turn the last few hours of Voyage distinctly gourmand-like. It isn’t really confectionary sweet; more like the exotic spiced Asian deserts where the spiciness and the sweetness co-exist. Mr. Green is building an impressive resume of all-natural perfumes. Voyage is his best to date.

Disclosure: This review was based on a sample provided by Hiram Green.

Editor’s note: Voyage is a limited edition to only 250 bottles. It will be available on November 2, 2015 on the Hiram Green website.