When I did my Perfume 101 on Heeley a few weeks ago I mentioned that my introduction to the brand came through a fragrance named Cardinal. Cardinal is one of my very favorite incense fragrances I own because at its heart it is a very delineated and present frankincense around which perfumer James Heeley uses a selection of notes to abstract that very realistic incense heart. In my book as incense perfumes go it is as good as it gets. Because I think Cardinal is such a well-executed fragrance I was a bit worried to hear about the new Heeley Eau Sacree which seemingly would travel the same ground. It is much the same way I feel when I hear about a sequel to a movie I also admire. If the same people are involved it can be good but experience has told me that it is often not the same thrill. That was my mindset as I tried Eau Sacree. 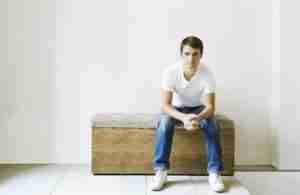 Eau Sacree is the fifth release in the Extrait de Parfum collection. These are, as the name implies, meant to be of a higher concentration. Right there is what allows Eau Sacree to stand apart from its older sibling. At this concentration even though some of the same beats from Cardinal are here they are evolved into something different due to that. Where Cardinal is full of very delineated phases Eau Sacree is something less focused with the lines between the notes made more malleable.

Like Cardinal, Eau Sacree opens with the frankincense there from the first moments. The fine lines are present but Mr. Heeley uses labdanum to blunt some of the sharper qualities. It provides a warmth to what would have been an austere incense without it. That warmth is extended as a flurry of spices flow into the resinous core. Myrrh provides the last bit of warmth as it adds its own nature to that which had come before. Amber repeats some of the spiciness and musk provides more soft intensity.

Eau Sacree is, to continue my movie analogy, like the best sequels. It manages to be different while still using everything that made you like the first one. Eau Sacree is that kind of companion to Cardinal. Cardinal is a bright composition. Eau Sacree plumbs deeper pools than Cardinal, brilliantly. This is going to be fantastic as I pull my sweaters off of the shelf. If you are a movie fan you know one of the most lauded sequels ever was The Godfather Part II. Eau Sacree is Cardinal Part II.

Disclosure: This review was based on a sample from Heeley.