There are few types of cuisine I am extremely familiar with. Because of my childhood in S. Florida I know what Cuban food should taste like. There are strong flavors which to my palate are what makes it unique. As I grew older and moved further north there were moments where I would hear about a new restaurant opening serving Cuban food. In almost every case the foundational components were there but the savory twists which made Cuban food so vibrant to me was missing. I understood why because if you’re serving unfamiliar food to the general public you can’t go all in on authenticity. If you want customers, you “dumb it down” leaving a sturdy foundation which represents the cuisine even if it is imperfect. You will have a broader clientele by meeting them closer to where they live over choosing authenticity. I have been reminded of this with a couple of recent releases from Guerlain.

I don’t know what to think about the current trend of Guerlain taking an original perfume from an exclusive line re-releasing it with a new name and formulation. In the case of Guerlain Bois Mysterieux and Encens Mythique they have done the same thing they did with Lui in 2017. Simplified a more complex rich exclusive formulation into something more easily accessible. They dumbed it down. The funny thing is the source material is so well done these dumbed down versions are still quite good; if you never tried the originals. 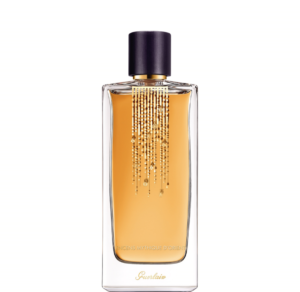 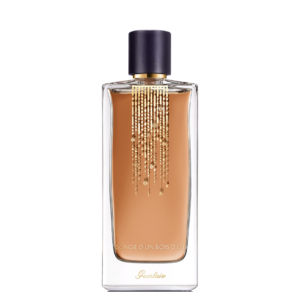 Nearly the same process is applied to Bois Mysterieux when compared to Song D’Un Bois D’Ete. The original was fantastic as leather was uplifted by saffron, oud accord, myrrh, patchouli, and cedar. Having read the previous paragraph you probably know what has been removed to create Bois Mysterieux; the oud accord and saffron. What is left behind is still quite good, but I know there is a more complete version on my shelf.

I have no idea if the dumbing down of previous perfumes is a successful commercial idea. Both perfumes are better than the great majority of what Guerlain is releasing lately. Which is its own commentary on Guerlain 2019. If you don’t know the original perfumes I’ve written about these will thrill you. If you do know the originals you will realize these aren’t what you know; which is better.

Disclosure: this review is based on samples provided by Neiman Marcus.