One of the reasons I fell in love with hiking in the desert is despite what many might think there is so much to see. One of the things which has always drawn me is the number of things that happen for relatively short time in the desert milieu. In the spring it is the riot of color as the desert in bloom shows swathes of color on top of the barrenness. After we get through the heat of high summer there is a call back to that earlier time but it is only for the tine of one night. The Cereus cactus only blooms for one night usually from mid-September through October in the high desert. I remember one hike in the fall one year as I was stargazing with my binoculars. There was this wave of intensely vanillic smells which were coming from just outside the campsite. Interspersed with the smell of the desert at night it distracted me from the heavenly beauty above. As I got my flashlight and moved towards the smell I found a little cluster of cactus with these amazing fragile white blooms. I was amazed that it was just these few flowers that were producing this amount of scent. As I extinguished my light I leaned against a nearby boulder and went back to looking at the stars surrounded by this fantastic floral scent. These flowers, I found out later, only last for one night. I took for granted my fortune in being in the right place at the right time. 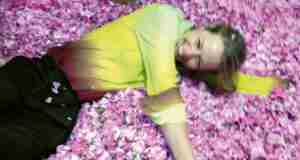 Because of this experience I was very interested in the fourth fragrance Owner/Creative Director Saskia Havekes was releasing for her Grandiflora brand called Queen of the Night after this Cereus cactus flower. I was also pleased to see she was collaborating with perfumer Bertrand Duchaufour. M. Duchaufour has a nifty skill at creating specific accords. In Queen of the Night this is shown as it really is a dance of three accords; one for the sand and stone of the desert, another for the cooling air of the desert night, and an accord to evoke the flower itself. 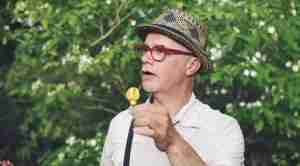 Because it is all about the flower that is what makes its presence known first. The Queen of the Night accord is primarily formed around a core of orange blossom. M. Duchaufour weaves other white flowers, tuberose and gardenia, in to amplify the indolic effect. Then he adds vanilla to finish this accord which is a creditable simulation of the real thing. Now he needs to add in the vault of the desert sky at night with the grounding element of the surface. For the desert night sky accord he uses a set of the more expansive aldehydes this adds a cooling transparency which overlays the Queen of the Night accord. Then from below the sand and stone thrust their way into things. Here M. Duchaufour takes incense and clove while surrounding them with some spices a bit of galbanum, patchouli, and sandalwood. It provides a craggy foundation for the other two accords to interact with.

Queen of the Night has 10-12 hour longevity about the same as the real bloom. The sillage is average.

M. Duchaufour under the direction of Ms. Havekes has done a very nice job of capturing a rugged terrain at a moment where it shows off a more pleasant side. The desert has always been about the power impermanence has in that unforgiving climate. Queen of the Night is also about that same effect.

Disclosure: This review was based on a bottle provided by Grandiflora.