When a perfume is being developed it goes through an iterative process. The perfumer presents their interpretation of their instructions. Usually more than one. The client who has hired the perfumer gives input. The perfumer goes back altering those initial attempts based on the notes. Back and forth until they get to a final decision point. Each vial along the way is called a mod, short for modification. There is no magic correct number to get the best result.

One of the things I’ve often thought is that mainstream perfumes make their initial choice. Perhaps from two different styles. There are times when a few months later another version of fragrance with the same name appears smelling entirely different. I have no way of knowing of course but I snarkily think this was “the other mod” or the path not taken. This is what Givenchy Irresisitible Eau de Toilette made me think of. 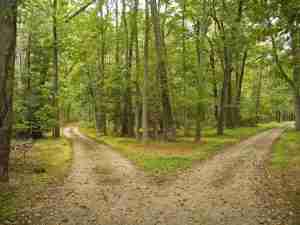 One of these leads to the other mod

Irresistible Eau de Parfum was released last year about this time. It was not what I enjoy. It was an overwhelming fruity floral at volume. I remember thinking this flies in the face of the current trend towards transparent florals. It was so loud the strip on my desk overpowered things. I had to remove it from the office. When I heard Irresistible Eau de Toilette was heading towards me I was expecting something lighter.

The same perfume team of Fanny Bal, Anne Flipo, and Dominique Ropion worked on both. That is where the similarity ends. Every place where the Eau de Parfum was gratingly loud the Eau de Toilette is enticingly discrete. This is all done with an entirely different set of ingredients.

It begins with blackcurrant buds showing off the fruity side of its scent profile. This can be a sticky green effect a lot of the time. Here it is a fizzy cassis floating on top of a pool of rose water. This is a typical fruity floral pairing given some life through a lighter hand. This extends to the clean cedar which provides the woody foundation.

This Eau de Toilette version is so different in temperament it feels like it had to be “the other mod”. It is a much better version of a spring transparent fruity floral than last year’s version.

Disclosure: This review is based on a sample supplied by Nordstrom.