Heritage brands are a current trend in perfumery as defunct brands spring back to life. The attraction of something old-new tends to obscure the earlier brands which also have as much heritage they just didn’t go out of business. Floris began producing new perfume at a greater pace, in London, during the niche expansion after having been founded in 1730. The first fragrances were based on old recipes from that time but right from the beginning they were making new perfumes. I discovered Floris as I began wetshaving as Limes and JF were highly lauded in the community of online shaving aficionados. Those two plus the shaving soap to accompany Limes have been a staple but I never paid attention to anything else released.

Until two years ago, when I tried Honey Oud which is part of the Private Collection. This was a beautifully realized riff on rose and oud but drenched in honey. The current creative team of perfumers Nicola Pozzani and Penny Ellis along with in-house nose Edward Bodenham made something that made me want to pay attention to Floris again.  When I visited Tranoi in New York City last fall there was a new set of releases for the Private Collection each named after a specific year; they are 1962, 1976, and 1988. I found all three fragrances interesting but the one which I had to spend some time with was 1962. 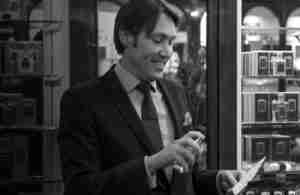 The brief the team worked from for 1962 was to imagine being in the Soho section of London in 1962 just south of Carnaby Street. At that point in time it was one of the epicenters for the blooming Mods and Hippies. Mary Quant was dreaming of miniskirts while the Stones were performing their first gig at The Marquee Club. Who knew how influential this all would become? Their interpretation as a perfume is to capture that buzz in the air when big changes are happening and you’re right in the center of it. How they see this is to have a very kinetic woody citrus.

1962 opens with a tart green mandarin as the focal point but she chooses to spear it with clove and mint. These provide a set of notes at odds as the coolness of the mint opposes the warmth of the clove. It is a top accord where things are moving. The transition to the heart is performed by a very green basil which segues into muguet. As in the top the basil provides a mobile contrast to the muguet. The base opens with cedar combined with amber and musk. This is very traditional woody base accord territory. It fits but I would’ve liked one more note to add some energy as occurred in the early development.

I must give the current creative team a bow for really moving Floris forward without sacrificing its history. If nothing else the last couple of years are beginning to show the future might be as bright as the past.

Disclosure: this review is based on a sample provided by Floris.