One of my favorite new brands of 2015 was the delightfully off-beat multimedia circus Stephen Dirkes is assembling at Euphorium Brooklyn. I have likened it to a serial novel being told via perfume. The story is of the three men who founded the Euphorium Bile Works in 1860; Christian Rosenkreuz, Etienne Chevreuil, and Rudolph Komodo. We are now at the part of the story where each of our protagonists gets a chapter to themselves. Petales was M. Chevreuil’s and 100 Tweeds Hr. Rosenkreuz’s. Which leaves the latest release, Chocolatl, to focus on Mr. Komodo. 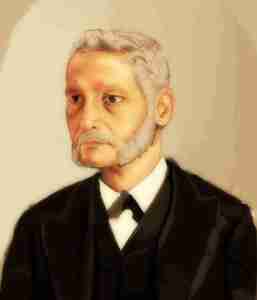 Part of the fun of this is to go to the website and read through the story there which accompanies each new release. I will relate a condensed version here. This is the story of Mr. Komodo’s love of chocolate from his childhood in Indonesia to his time in Amsterdam where he observed the Dutch cocoa ceremony. He would eventually travel throughout Central and South America refining and expanding his knowledge of chocolate. At the end of this time in a rundown villa in Mexico City the foundation of the euphoria-inducing Komodo Effect was begun. It is the Komodo Effect which makes the perfumes produced by the Euphorium Bile Works boys the creations they are.

Chocolatl came from days spent at the Bile Works “in an opiatic haze” being covered in cholcolate while “receiving honeyed fruit massages and spiced incense stimulation.” Once Mr. Komodo returned to reality the foundation of the Komodo Effect was in place.

Despite the fun being had in the text the perfume is also described well within the prose of “fruit massages” and “spiced incense” and of course the chocolate. It makes Chocolatl a rich spicy gourmand.

Chocolatl opens up with both black pepper and Szechuan pepper. It has the nose tickling quality of the black pepper married to the simmering heat of the chili pepper. Added to all of this is the green sappy fruitiness of blackcurrant buds. Here is your fruit massage with the warm friction of the pepper matching the cassis. The spiced incense starts with cardamom, cinnamon, and clove. The resins chosen are benzoin and copahu balm. It is a well-matched set of notes which form the desired accord with the proper amount of “stimulation”. It takes a while to get to the star of the show but the chocolate does show up. It is given a swirl of caramel as complementary sweetness but it is the bit of animalic castoreum which accentuates some of the deeper facets of the cocoa in the base.

Chocolatl is perhaps the most comforting of all of the seven Euphorium Brooklyn releases so far. It also has that delightfully off-kilter construction I have enjoyed without going too far into the weird. It makes Chocolatl the part of the story where the Komodo Effect is coated in cocoa. Euphorically so.

Disclosure: this review was based on a sample provided by Twisted Lily.

Editors’ note: For those in the New York City on February 12th, 2016 at Twisted Lily they will be having a Euphorium Brooklyn event titled Voluptuary. Stephen Dirkes will be on hand from 6-9PM. Besides showcasing Chocolatl they will also be a set of 3X 8ML bottles of Clilice, Petales, and Chocolatl in a special Voluptuary Set. These are three of the best in the collection so it is a great introduction to the brand. Stop in at the Twisted Lily website for more information at this link.