Having access to all the information on new releases is mostly a great thing. Where it isn’t so great is when I read about something I would like to try and can’t easily obtain it. This is worse than a blind buy because it is just a supposition that a new brand will do something I will like. This is when I begin to e-mail contacts asking if they can help. Most of the time it is a simple case of a few e-mails and I have a way of getting what I’m looking for. The rest of the time it sets off what I call a “treasure hunt”. The idea in my mind “X” marks the spot where I can get the perfume. The effort is finding my way to that spot. I will say most of the time it is not what I hoped for. Some of the time it is like finding buried treasure as I did with El Ganso Limoncello Season.

El Ganso is a Spanish clothing and accessories store. It has outlets all over Europe. At the end of 2019 they released their first four perfumes to be sold in the stores. This treasure hunt was specific for the newest Limoncello Season. I have not tried the earlier releases. Based on what I could find out they are working with perfumers like Sidonie Lancesseur and Dorothee Piot. Based on what I see on paper and experienced with the one I have there is high probability these are good too. 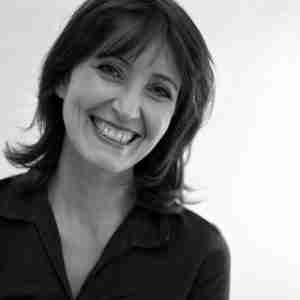 I knew none of that when I began the treasure hunt. The reason I wanted this was because of the name. One of my favorite activities in the summer is to make a bottle of limoncello which stays in my freezer for the duration. The cool icy tartness is the way I end a lot of evenings as I watch the fireflies, or this year listen to the cicadas. I swirl a tall shot glass in my hand and sip and smell. It is one of the scents of summer. When it comes to perfume versions, they haven’t really tried to capture this. The one that have are pretty good. I still want something just a little closer to what I smell on the deck at twilight.

When I received my package with Limoncello Season in it I had done some research to learn that the perfumer was Mme Piot. She has created a perfume of summer thrills and chills.

Limoncello is made with the rinds of lemon soaked in alcohol then added to a simple syrup. Mme Piot does a fascinating lemon rind top accord as she uses lemon and apple as the support fruit. This adds a crispness to the lemon. What gives it a kick is her use of ginger. There are times that ginger is just there for kinetic effect. Here it turns the lemon from fruit to the zest used to make the liqueur. Then she threads an ozonic accord into it to mimic the icy rush through my nose when I take my first sip. The sweetness comes through rose infused vanilla and the green of moss calls back to the citrus.

For those without the patience to perform a treasure hunt there are some websites in North America which carry the first four El Ganso fragrances. I suspect this will end up on their shelves eventually. This was a case where the map did point me to new pleasures. If we ever cross paths and you want to hear about the treasure hunts which were less fruitful a limoncello will probably get me to tell a story or two.