When Editions de Parfums Frederic Malle released The Night five years ago I thought it would be the first time for many to smell real oud in concentration. At the time I wondered what the eventual concept was going to be. I now know The Night was the first of the Desert Gems collection celebrating oud as an ingredient. Since then there have been two other releases, Promise and Dawn. The latest addition to the sub-collection is called The Moon.

As in the previous releases The Moon is created around a focal point oud. Perfumer Julien Rasquinet takes the most rambunctious oud in the series, so far, out for a spin on top of a fruity floral set of ingredients. As I wore it, I realized The Moon was the stinky fruity floral I’ve always wanted. 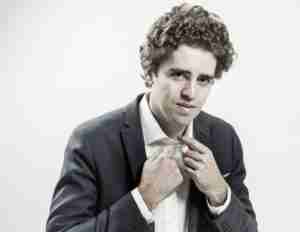 I couldn’t find out the source of the oud being used here. Suffice it to say this is one of the more pungent varieties. If you like the qualities of oud described as “dirty gym socks”, “cheesy”, or “a touch fecal” this is your kind of oud. What I found interesting about what M. Rasquinet designs here is the genuine version of many department store fruity florals which have an oud accord. The accord is designed to be exotic and inoffensive. This specific oud can’t do anything but put your nose right into the heart of the real stuff while not caring a whit about being offensive.

The Moon rises with the scent of that real oud up front. M. Rasquinet uses raspberry as his fruity contrast. I think he also adds lychee to make the raspberry even sweeter so it can stand up to the oud. The classic oud ingredient pairing of rose follows given a resinous shine via olibanum and frankincense. The resins also gives the Turkish rose a little bit of an edge to push back against the oud. I’ve smelled too many raspberry-rose fruity florals; most of them eminently forgettable. The presence of the oud makes this one unforgettable. It provides a funky contrast to the classic fruity floral duet. It does it by picking up on the rose, finding the sour obstreperous parts of that ingredient and bringing them forward. M. Rasquinet uses all that this rose can bring to find new facets of the oud to highlight. There is a moment when the oud has that cheesy scent for the slightly sour rose and the sweet raspberry to contrast. It made me think The Moon was an outré gourmand. It isn’t because it is only a passing phase.

The Moon has 24-hour longevity and average sillage.

The Moon is first of the Desert Gems to really push the oud with one which contains a scent profile of its less crowd-pleasing qualities. For those who enjoy real oud The Moon is a treat as it takes an insipid form like fruity florals and gives it some soul.