I am always impressed with the continued excellence shown by Diptyque. They have stayed true to their brand, and what it represents, for forty years. Over the last few years it has been given over to the hands of mainly two perfumers, Fabrice Pellegrin and Olivier Pescheux. That has resulted in one of the stronger runs of releases for Diptyque in their long history. As each new release arrives I look for signs of a downturn. The latest Eau des Sens continues the trend of quality.

One of the earliest perfumes by Diptyque, Philosykos, is a study of the fig tree in its entirety. One of the best orange fragrances I own is L’Eau de Tarocco which was composed by M. Prescheux. Eau des Sens is a study of the orange tree in the same vein as Philosykos with the same perfumer as L’Eau de Tarocco. It makes Eau des Sens a hybrid of two of the best fragrances within the line. It actually lives up to this pedigree. 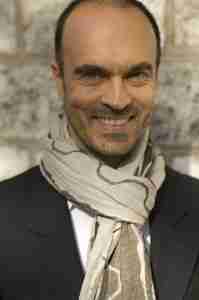 As a boy who spent way too much time sitting in the branches of an orange tree while growing up in S. Florida that smell is imprinted in my memory. One of my favorite remembered smells of that time is when the tree would be covered with orange blossoms. As the wind would blow through; the softest floral smell on top of the wood of the tree came to my child’s nose. When those blossoms became fruit the smell of the tree would change. M. Pescheux captures both of those transitions within the development of Eau des Sens.

Eau des Sens opens with the fruit, as a bitter orange comes up first. M. Pescheux chooses juniper berry to enhance the bitter quality just a bit. For those who are fans of L’Eau de Tarocco this is that orange made less effusive and a bit more conservative. It sets the stage for the orange blossom to arrive on its own breeze of angelica which plays the part of the tree. After climbing an orange tree I would have the smell of the wood on my hands; which always had a bit of a spicy smell to it along with the smell of my sweaty skin. This is what the angelica imparts to Eau des Sens. The orange blossom is tuned to just the right intensity. Not too transparent and not too concentrated. M. Pescheux balances the orange blossom and angelica just right. A great earthy patchouli provides the soil the tree is rooted upon as the base note.

M. Pescheux has successfully called back to two of the standouts within the Diptyque brand while making something different enough from both of them to stand on its own. It is a complete experience of being aloft within the branches of an orange tree without a care in the world.

Disclosure: This review was based on a sample provided by Diptyque.