As a child one of the few alcoholic things I begged for from my parents was Crème de Menthe. I would ask to have a drizzle on my ice cream or to sip a small amount over crushed ice. I craved the coolness of the mint over cold things. To eat, or as part of a cocktail, I still enjoy mint. I even drizzle some Crème de Menthe on my Ben & Jerry’s. (Pro Tip: put it on Chocolate Fudge Brownie) I don’t know why it is such a problematic ingredient in perfume for me. It is one of those ingredients which needs to find the right concentration. Alternatively it can be part of an interesting effect which was what I found in Diptyque Eau de Minthe.

As soon as I saw the name, I recoiled a bit. This was going to be a perfume which featured mint as a keynote. I expected not to enjoy what perfumer Fabrice Pellegrin had put in the bottle. The press release mentions the name comes from Greek mythology. Minthe was a water nymph who was having an affair with Hades; until Persephone found out. As is the norm in these tales poor Minthe was turned in to the herb mint. When I read that I’m thinking some classic type of perfume. Which shows why press releases are not predictors of the perfume they promote. Eau de Minthe was much more sci-fi than mythology. 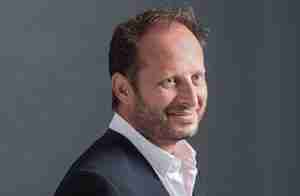 One of the tends in perfumery is to try and smell “natural”. I put that word in quotes because it is also mainly PR speak. I understand what it means. What it translates to are perfumes which do not embrace the overtly synthetic. Eau de Minthe chooses an un- “natural” approach.

The boogeyman I was worried about most wallops me right out of the sprayer; mint. This is the mint scent of every antiseptic you’ve ever smelled. It is the kind of mint which usually has me looking for a cosmetic wipe. Except M. Pellegrin embraced those hard aspects and encased them in a synthetic heart of rose oxide and geraniol. He turns the mint from mouthwash to something subtly metallic and even more stridently green. I liked it. This was the mint of the android coolly calculating possibilities. The final ingredient is a patchouli fraction which also fits in to the whole synthetic vibe. An engineered version of a common perfume ingredient.

I suspect there are going to be people who try Eau de Minthe and keep it at arm’s length. This is not really a crowd pleaser type of fragrance. There are going to be a few who will love the sleek modernity of it all. I admire the choice to go in this direction by Diptyque., While this might sound like damnation via faint praise; M. Pellegrin got me to enjoy a perfume with a high amount of mint in it. There is a part of me that want this Termin(t)ator to tell me “I’ll be back!”

Disclosure: this review is based on a sample provided by Diptyque.