As a boy we had a weekend place at the end of Key Largo. It was where my love of the ocean was kindled as I would spend days swimming in it; water skiing on top of it; and diving deep beneath it. After a day of being out on the water I would go spend the evening out on the dock with my transistor radio. Pointing the antenna across the Gulf of Mexico I would cautiously turn the AM dial searching for a signal. The radio was held close to one ear as my fingers feathered the controls until a voice would leap out of the speakers. I was connected to another part of the country. For as long as the signal lasted I got a peek into another city. Through those nights on the dock I listened to the goings on in Corpus Christi and Galveston, TX; Biloxi, MS; New Orleans, LA and courtesy of their huge signal St Louis, MO’s KMOX. As the radio would heat up there was a pleasant smell of hot metal and electronics which was surrounded by the smell of the night blooming flowers and the ocean lapping the pilings under the dock. I hadn’t thought of those nights in a long time until I received my samples of the newest D.S. & Durga perfumes. Radio Bombay reminded me of the smell of that transistor radio. Rose Atlantic brought me back to those flower-filled nights above the ocean. 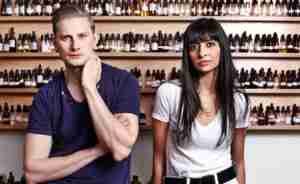 David Seth Moltz describes Radio Bombay as a “deconstructed sandalwood”. It is a sandalwood which is decayed like those faraway signals I was listening for into something less than its ideal self. It is an interesting idea when a perfumer chooses to find notes which chip away at the familiar in a way so that other aspects become more prominent.

Right in the very early moments of Radio Bombay you get the most pristine version of sandalwood. Over the next few hours that sandalwood will be changed by the other notes. Early on it is competing with a balsamic mixture pushing down the sweeter, creamier aspects in favor of the sharply woody ones. Next comes this metallic accord which Mr. Moltz calls copper but I would describe as warm undefined metal. It is that moment when my radio got very warm to my touch. Boronia adds a bit of the heated electronic vibe while also chiseling away at the sandalwood a little more. Iris powders things while cedar tries to reclaim the woodiness. At the very end the signal is lost into the ether until the next time I tune in. 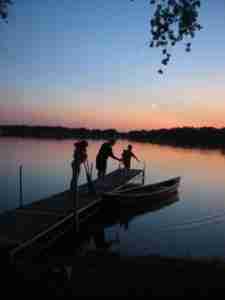 Rose Atlantic is those moments in the night when I would look deep into the black water only to have the flowers scenting the air to ground me. Mr. Moltz uses some wonderful ingenuity in constructing his accord to represent the Atlantic. Many of the typical components are here but one, muscone, seals the deal. He has added enough that it provides that deep dark water accord the weight it deserves. On top of that water floats linden leaves, rose, lemon, and grass. It is an airy floral entwined with the green of the grass and linden leaves. A bit of moss later on provides a final thread of green. After the radio was shut off I would still sit on the dock enjoying the signal right in front of me; until the next night.

Along with these two scents there was a third White Peacock Lily which is also quite good. All of these were meant to debut the new packaging designed by Kavi Ahuja Moltz.

I know someone will ask if I layered the two to see if I could create a personal “Key Largo Signal”. I did and it didn’t work that well, there was a lot of static. As I learned so long ago once you find a clear signal stick with it for as long as it lasts. Radio Bombay and Rose Atlantic are rich signals to find while searching in the night.

Disclosure: This review was based on samples provided by DS & Durga.