The ultra-luxe category of niche perfumery has been expanding, especially over the last year or so. Some of that expansion seems as ill-advised as the releases that carry the high price tag. Clive Christian was one of the original ultra-luxe perfume houses and they still hold the Guinness Book of World Records title of World’s Most Expensive Perfume for 2001’s No. 1 for Men & No. 1 for Women. One of the things I admire about the brand is their dedication to making sure the money is in the bottle instead of on the bottle. Clive Christian and his daughter Victoria Christian have dedicated themselves, as creative directors, to the brand which carries their name to also reflect their innate British style. It has been two years since the last new release by Clive Christian now for 2014 we have a new pair, L for Women and L for Men. 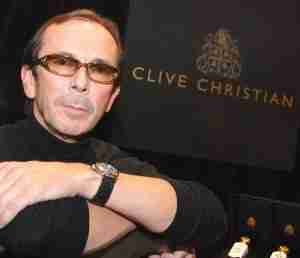 C stood for Clive and V stood for Victoria so what does L stand for? According to the press materials it stands for Love. As perfumes L for Women is a powerful fruity floral and L for Men is a spicy woody pastiche. Neither perfume is innovative about their structure. What differentiates them is the concentration of the raw materials which often shows subtlety to the note which can only be detected when such a high concentration is used. In both of the “L” perfumes it is this which makes them so enjoyable to wear. 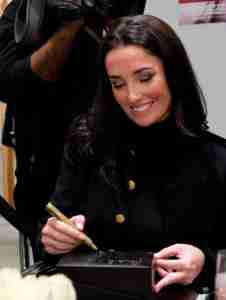 L for Women opens with a densely green accord made up of a mélange of Black, Pink, and White Pepper. Davana supplies the strawberry preserves quality. This is one of those ingredients which is provided in overdose and that allows for the green and woody facets to be discerned. A green accord is also used to accentuate the green. The final result in the early going is like a pot of fine strawberry jam surrounded by ivy. The heart is a classic pairing of jasmine and Damask rose. This is a heady olfactory opiate. It is so powerful that at first it is hard to get close to it. Wait it out because once you allow yourself to settle into it the intensity contains hidden delights. For me it is the way the indoles of the jasmine suffuse the spicy core of the rose. The floral lightness abounds but it is the raw animalic center which fascinates. It all ends up on a woody base of vetiver, cedar, and musk.

L for Men is my favorite of the two which is maybe as it should be as after all I am a man. It also carries a rose in the heart but where L For Women is all about the rose in L for Men it mainly acts as a transitional note from the spicy opening down to the very woody base. This opens with a tart selection of citrus, mainly grapefruit and petitgrain. Then it is subsumed in a tsunami of spices. Cumin, nutmeg, cinnamon, clove, and probably others crash in a wave over the citrus. It makes for a very lively early development. It carries a vitality along with the depth. This opening really checked off all of my boxes. I was sort of sad to see it begin to attenuate as the rose acts as an attention getter before the base notes come forward. Vetiver forms a woody nucleus to which cedar, fir balsam, and oud are added. Just as with the spices on top the woody notes are all in high concentration and instead of being cacophonous they come together in a woody harmonic convergence and vibrate for hours on my skin.

L for Women & L for Men lasts for 14-16 hours on my skin with above average sillage.

As I mentioned above the money is in the bottle and both L for Women and L for Men show me the care in the use of the raw materials used to make these perfumes. The intensity and concentration of both of these could have led to a hot mess if done poorly. Instead they are studies in how deep you can go with a typical architecture like fruity floral or spicy woody. The answer as provided by L for Women and L for Men is it is nearly fathomless.

Disclosure: This review was based on samples provided by Clive Christian.