Egypt has been a rich source of inspiration for many perfumers. From the ancient history all to the modern-day version with the Nile as centerpiece. I had thought I had seen a version of every point of inspiration that there could be. Leave it to the creative force behind Charenton Macerations, Douglas Bender, to find a new perspective for the new release Eye, Hatshepsut. 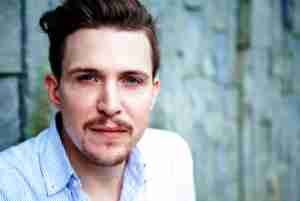 If you have never gone over to the Charenton Macerations website you should. Mr. Bender will take you on a deep-dive into the inspirations for his perfumes. The same is true for Eye, Hatshepsut. The unique perspective he takes is to offer the thesis that the Egyptian pharaoh Hatshepsut who ruled from 1480-1458 BC was the first historical queer icon. Hatshepsut would combine the traditional male dress of pharaoh with her own evident feminine curves. Over the 22 years of her rule she did her part as ruler, she opened new trade, she vanquished her enemies on the battlefield, and added her temples to the Valley of Kings.

The traditional sacred incense called kyphi was one of the earliest versions of perfume known. Each pharaoh would have their own distinctive blend their bespoke kyphi. The 32 ingredient recipe found in the temple at Dayr-al-Bahri would not be something I would necessarily want to try. Mr. Bender was inspired to try and make a modern version of Hatshepsut’s Kyphi. He would work with perfumer Cecile Hua to bring this together.

Kyphi has a very distinct smell. I’ve smelled a couple of re-creations at different museum shows. I’ve found it to be strongly animalic with incense and patchouli at high levels as well. I walked away from those thinking I don’t want to smell like that. Mme Hua and Mr. Bender also realized kyphi needed a modern make-over. That is what Eye, Hatshepsut is all about.

To start with Eye, Hatshepsut a candle burns in the dark while smoke is trapped against the walls of the temple. A watery blue lotus floats among the warm wax and wood smoke. I was not engaged by this opening. Too often smoke obscures instead of illuminates and in the early going the smoke is too much in control. It improves immensely as the heart accord comes together around orris. Mme Hua uses a rich version of orris butter. This is the woman underneath the masculine garments. Honey, cinnamon, and a “kohl accord”. That final bit is an inky black mineralic juxtaposition against the rich rooty orris. The cinnamon and honey provide a bit of heat and sweet. The base is what I remember from traditional kyphi constructs as patchouli and incense come forward along with a whole series of animalic musks. Mme Hua keeps this much more restrained than the real thing which I found to be a good thing.

Eye, Hatshepsut has 16-18 hour longevity and above average sillage.

I think Mr. Bender achieved his desired version of a kyphi moderne. I appreciate the attempt and it is much more wearable than the faithful recreations. I don’t prefer it over the other two releases from the brand but it carries an undeniable presence. While I might not want to get my pharaoh on if these notes I described are among your favorites Eye, Hatshepsut is worth seeking out.

Disclosure: This review was based on samples provided by Charenton Macerations.