One of my favorite movies is Sergio Leone’s 1984 release “Once Upon a Time in America”. In the director’s cut version of the movie the lead character Noodles played by actor Robert De Niro retreats to an opium den after a tragedy. The final shot of the movie is of Noodles in that opium den with a smile on his face. One interpretation of the movie is everything we see in the movie from the point Noodles starts puffing on the pipe is his hallucination. The power of opium to inspire artistic endeavors is well-known. Perfumer Christopher Brosius was fascinated with how opium while destructive to the person using it might also inspire an open creativity. Jean Cocteau struggled with an addiction to opium throughout the 1920’s and that experience would inform much of his output for the rest of his life.  In the press materials Mr. Brosius asks the obvious question: “Why would an artist choose so destructive a medium to enable such visions no matter how fabulous or sublime? Why is a poet compelled to write or an artist to create? Cocteau himself best answered that question in the subtitle of his final work: Do not ask me why.” Mr. Brosius wanted to make a perfume which captures the reportedly “hauntingly beautiful” smell of opium smoke and it is the sixth entry in the Metamorphosis series M6 Do Not Ask Me Why. 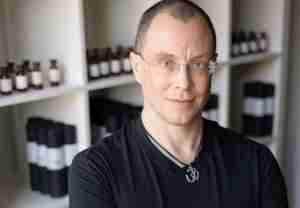 Mr. Brosius is at his best as a perfumer when he chooses to try and interpret something as unusual as opium smoke. M6 Do Not Ask Me Why works as a simple construction of narcotic white flowers over spice and smoke. If opium smoke does carry a floral scent to it, and neither I nor Mr. Brosius has experienced the real thing, using white flowers seems almost logical. I refer to the depth of many of these as narcotic all the time. It is because they are strong but also mesmerizing in the way they display unseen levels beneath the obvious floralcy. By using a grouping of white flowers the central floral accord is never identifiable as just one. Instead it forms something it is difficult to tear your attention away from. I think that there is jasmine, narcissus, and tuberose in this accord. There might be more but this is what I think I detect. Mr. Brosius has balanced whatever the notes used so well it seems supernatural, almost its own opium dream of a hallucinatory flower. The remaining notes are a very ephemeral foundation of smoke and spice. After having this on my skin for a few hours like intermittent puffs the spicy smoke glides across the florals only to seemingly disappear again. Only very late in the development do they have enough presence to stick around on a more permanent basis.

M6 Do Not Ask Me Why as a water perfume has 8-10 hour longevity and average sillage.

Mr. Brosius has lived up to his self-imposed goal of making a “hauntingly beautiful” floral perfume. I don’t know if this is what opium smoke really smells like. I only know that this is something I do want to smell like. Do not ask me why.

Dsiclosure: This review was based on a sample I purchased.