When it comes to the luxury designer perfume houses the public is well acquainted with Jacques Polge and his fragrances for Chanel or Jean-Claude Ellena and his for Hermes. In my opinion there is another, less well-known, perfumer for a luxury brand who has posted a stronger resume of perfume over the last three years and that is Mathilde Laurent for Cartier. My infatuation for their exclusive Les Heures de Cartier collection is well documented and if that was all she was doing that would be fine. But at the same time she has also been making the mainstream releases with the same panache I find with the Les Heures. The latest mainstream release is called La Panthere. 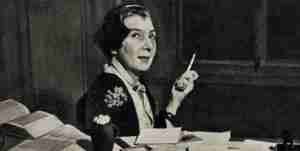 La Panthere refers to the nickname given Cartier jeweler Jeanne Toussaint who created sparkly objets d’art all which contained a slinky panther within the design. Some were very obvious and others were more abstract. Because of the prominence of the panther, in 1987, perfumer Alberto Morillas created Panthere de Cartier. That fragrance was almost too mannered to capture the fierce intelligence which created these jewelry designs. It has taken nearly thirty years for a similarly fierce intellect in Mme Laurent to assay the idea of La Panthere in fragrant form again.

La Panthere is described as a “feral floral” by Cartier and that promises a bit more animalic character than is on display. If pressed to keep to a feline theme I would describe it as a “stealthy chypre”. La Panthere transforms from fruity floral to chypre over the course of a few hours and that trip is akin to a panther slinking its way from tree to tree stalking its prey. 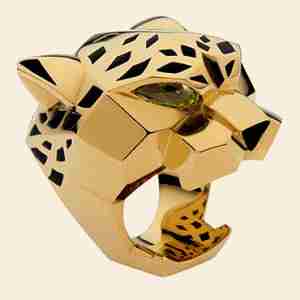 The early moments of La Panthere fall firmly into fruity floral territory with the fruit most prominent a sort of dried fruit accord paired with peach and some tart components. While this is well trodden ground Mme Laurent infuses this with the sparkle of a gemstone under a light. There is a palpable glow to the early moments of La Panthere. Gardenia is the keynote in the heart but this is not the overt narcotic gardenia often encountered. Mme Laurent seems to be capturing the final throes of the gardenia as its petals start to turn brown. It has the effect of making this seem very contemporary as the gardenia almost seems like an abstraction of itself. From this arises the most traditional chypre ingredients of moss, patchouli, leather, and musk. Mme Laurent turns this into a downy soft version of a chypre. As I mentioned above it seems to all of a sudden just pounce from out of the fruits and florals and stand there in all of its muted intensity. 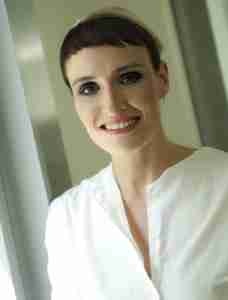 La Panthere is a gentle primer for those who would like to experience a chypre for the first time. It will bring you to it by first sharing the fruity floral you are most likely familiar with before giving you a new experience. I worry that those who are big aficionados of either fruity florals or chypres might find La Panthere trying to have its cake and eat it too with both of those camps. I found the construction of La Panthere and its distinct unfurling of two different styles to show the ingenuity of Mme Laurent. La Panthere stalks the wearer from fruity floral to chypre with the intensity of a big cat on the prowl.

Disclosure: This review was based on a bottle of La Panthere I purchased.