I always find it amusing when I am conversing with other perfume lovers and they exclaim, “Please not another oud!” The source of my smile is rose perfumes are equally abundant as oud perfumes but I’ve never heard “Please not another rose!” It probably has more to do with the nature of both notes than anything else. Rose is pretty on its worst day and oud is not so pretty even on its best days. One point of comparison between the two notes is where it comes from and how it has been harvested and extracted can make a lot of difference in the way it is displayed. A perfumer should only take the best ingredient if they are planning on making either note a focal point. The newest release from Byredo called Rose of No Man’s Land is an example of a beautifully sourced rose being allowed to shine brilliantly in a minimal construction. 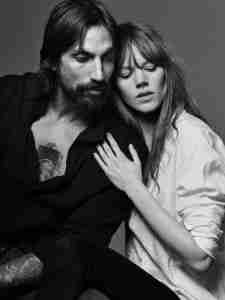 Ben Gorham the owner and creative director of Byredo wanted to do a perfume inspired by the World War I nurses who served on the front lines where the space in between the armies was dubbed “no man’s land”. A song sung by the soldiers of the time called these nurses the “rose of no man’s land”. Mr. Gorham once again turned to the only perfumer this brand has ever known Jerome Epinette of Robertet. One thing I learned from M. Epinette in previous conversations is he enjoys taking one of the best raw materilas from Robertet and to have the opportunity to turn it into a perfume. Byredo is a brand which has allowed him to do this more often, I think, than others he works with. For Rose of No Man’s Land he is using a Turkish rose as the olfactory solitaire to which he feels he only needs to add a few notes to coax all of the nuance inherent in this particular version of rose.

Rose of No Man’s Land is a case of M. Epinette taking his rose note and then asking it to interact with one note in each phase of development. The top phase asks baie rose to be the partner. Turkish rose has an inherent spiciness in its core. The baie rose serves to elicit those qualities from among the more floral ones. The note listed in the heart is called raspberry blossom. I am not sure what it is entirely. What I smell is an attenuated berry note which also has an equivalent green component. If this was just berry it would’ve felt like traditional fruity floral territory. The greenness pulls at those same aspects in the rose while the berry enhances the sweetness. Papyrus is what combines in the base and it adds a translucent watery green to replace the leafier one from the raspberry blossom. A mix of white musks provide the late finishing touches.

Rose of No Man’s Land has 10-12 hour longevity and above average sillage.

If a rose perfume is going to make an impression it is going to be the rose raw material itself which is going to grab my attention. Rose of No Man’s Land fulfills that requirement and then sets it up as if a precious jewel twinkling under the attention. If you have room for another rose perfume this is one worth considering.

Disclosure: This review was based on a sample provided by Byredo.