One of the most successful niche perfume brands has been By Kilian. Ever since it debuted in 2007 creative director Kilian Hennessy has produced one of the best examples of what can be done in this area. In the early days when I wrote reviews, I always had a line in there about M. Hennessy being part of the famous cognac producing family. I don’t know exactly when I stopped thinking of him as a scion of a liquor empire and fully a perfume creative director, but it happened. He earned my respect such that I didn’t have to water it down as if he was spending his time in fragrance as a hobby, I think he kept from making a perfume based on cognac because he wanted to keep the two worlds apart. After thirteen years it seems they have come back together in By Kilian Angel’s Share. 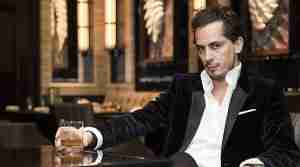 Angel’s Share is one of two new releases comprising the new collection The Liquors. I say new but many of the city exclusives have already formed an olfactory liquor cabinet. I imagine M. Hennessy spent a lot of time in the aging cellars of the family estate. It is where the term angel’s share comes from. The amount of cognac which evaporates from the oak casks as it ages is given that name. Working with perfumer Benoist Lapouza he channels his family legacy into an excellent boozy gourmand. 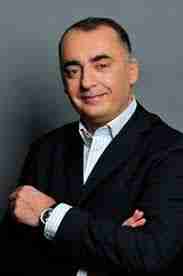 When you enter the cellar of any aging spirit the scent of the angel’s share is a combination of the alcoholic liquid and the wood of the barrels. M. Lapouza begins the perfume in the same way. A strong oak combined with an equally potent cognac form the accord named on the bottle. What I especially enjoyed was both parts have a bite to them. This is the sting of cognac as it slides down your throat and the roughness of the staves making up the barrels. I would’ve enjoyed this, but M. Hennessy seemingly wanted the angel to have dessert. The second phase of Angel’s Share is a full gourmand accord which smells like a cinnamon bun. Vanilla, tonka bean, and cinnamon form a sticky bun accord that is delectable. Sandalwood completes this fragrance.

This has arrived at the right part of the year for it. This is an Autumn/Holidays type of perfume. I wore this on two very chilly days, and it sang off my skin. M. Hennessy may have wanted to wait before he blurred the lines between family legacy and what he has built on his own. Angel’s Share makes me happy he did return to his roots.

Disclosure: this review is based on a sample provided by By Kilian.