I’m going to start this review the way I usually end them with a disclosure statement. This is going to be a lengthy disclosure statement instead of the usual single line. The reason is one of my first friends in fragrance has finally done what I suggested would happen over ten years ago. 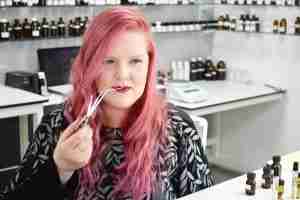 Back when I decided to stop lurking on the Basenotes forums in 2008 I began to gravitate toward a group of like-minded perfume lovers. It is the way all the forums I post in work. You find the people you enjoy sharing conversations with. One of these was a woman who went under the nickname Nukapai. Besides perfume we found we shared other interests. A confirmation of found camaraderie. As I began to start posting reviews on Basenotes; Nukapai aka Pia Long made the brave leap to enter the fragrance industry from the ground level. She began working for LUSH. From there she had the courage to walk up to one of the founders of the brand with her own blend. The owners then sponsored her perfume education while making her a “trainee perfumer”. She told us on the forums what was going on. She would write about it on a feature article on Basenotes. (http://www.basenotes.net/features/454-study-notes-back-to-school) We had an exchange where I told her, “one day I am going to write a review of a perfume you’ve made for someone.” Today is that day as she is the perfumer behind Beaufort London Terror & Magnificence. She sent me a sample at the end of the year. She has done her job; now it’s my turn. End of Disclosure. 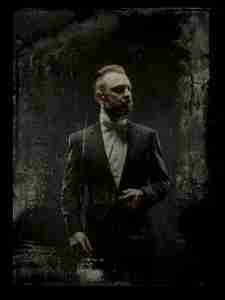 Beaufort London is the brand overseen by creative director Leo Crabtree. Terror & Magnificence is the third volume of the Revenants series where British historical figures are used as inspiration. This time it is architect Nicholas Hawksmoor who designed in the Baroque style in the first half of the 18th century. He is known for his churches. The one seen below is an example. Mr. Crabtree has developed a Beaufort style wherein the perfumes are darker stories told in broad strokes. Ms. Long delivers on that established aesthetic with a perfume of old church walls and the resins within. 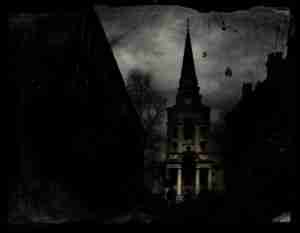 Christ Church in Spitalfields in London Borough of Tower Hamlets England, UK is an Anglican church built between 1714 and 1729

If you’ve ever visited an old church of this time period they often smell like the smoke of countless braziers of incense and candles have been impregnated into the stone of the walls. So many church incense styles of fragrance keep it much cleaner. Mr. Crabtree and Ms. Long embrace the history that smoke represents.

So many perfumers when going for a smoke effect pull out the cade oil. Ms. Long turns to a more classic source of olfactory smoke, birch tar. This is just as fallible to become a sledgehammer in untrained hands. Ms. Long can use it subtly while still retaining presence. She cleverly adds black pepper to the smoky tar which adds in that scent of aged timbers amidst the smoke. She then uses a set of resins to form the incense part. Starting with Somalian incense which carries its own smokiness in its scent profile she adds in the Egyptian kyphi. Kyphi adds a contrasting resinous sweetness. Tobacco and myrrh extend the sweeter resins while benzoin and labdanum do the same to the Somalian incense. This ends with a base accord of stone and vetiver. This is where I broke into a big smile. Ms. Long creates an accord which smells of the stone walls which have bits of green moss growing on them as the vetiver establishes the green while re-establishing the spicy woodiness from the top accord. Once it all comes together it is a real church incense perfume.

Ms. Long is a partner in her own independent oil house, Olfiction, these days. Back in those Basenotes days I doubt either of us imagined we would end up where we have found ourselves in 2020. Finally I got to write a review about a perfume made by my friend, Nukapai. You did great. This is only the beginning. I can’t wait to see what happens next.