I definitely have my checklist of the great cities of the world I have not been to. Very near the top of my list at the moment is Barcelona. When it comes to travel I have a version of window shopping where I lay out all of the sights I want to see, the restaurants I want to visit and the hotel I want to stay at. No matter how much the first two categories have changed when my imagination goes wandering the hotel I want to stay in has never changed. 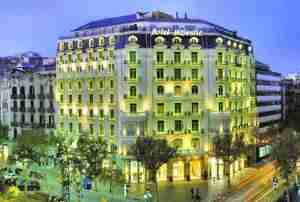 The Hotel Majestic was the first luxury hotel in Barcelona opening in 1918. The same family, Soldevila-Casals, has overseen the hotel for nearly one hundred years. It is situated in the Paseo de Gracia near to the Gaudi installations, La Rambla, and the best shopping. When my mind travels where my body hasn’t I try and visualize everything. Of course I imagine what they will smell like too. Starting in the spring of 2015 the Hotel Majestic started wafting a signature scent throughout the premises. It comes from one of my very favorite perfume brands Atelier Cologne and is called Musc Imperial. 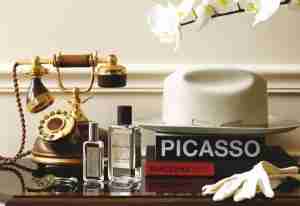 The creative team behind Atelier Cologne Sylvie Ganter-Cervasel and Christophe Cervasel have actually spent nights in the suites of the Hotel Majestic. When they were commissioned to create a fragrance to capture the spirit of the hotel they had personal experience to draw from. They asked perfumer Jerome Epinette to join them as they built a 5-star hotel out of a cologne absolue architecture.

What M. Epinette produced was the exhilaration of a day on tour in Barcelona. The energy of the morning. The afternoon in the gardens. The evening close together under the stars.

The day opens with a sunbeam of bergamot which is made Spanish by the presence of clary sage providing an herbal green tint. Blackcurrant provides a bit of berry lushness underneath the leaner notes of the bergamot and sage. The heart of Musc Imperial is a marvel of Nouveau Cologne. M Epinette takes a rich refined leather accord. I think of my Hermes messenger bag whenever I get to this part of Musc Imperial. M. Epinette infuses this refined accord with fig and lavender. Lavender is one of the traditional building blocks of cologne. In Musc Imperial M. Epinette allows that to ground the heart in cologne territory but the fig and leather make it richer, more opulent. It becomes a 5-star lavender. The musk shows up in the base as M. Epinette uses the more animalic synthetics. He then uses the botanical musk source of ambrette to round out the synthetics giving them more nuance. A little bit of cedar provides the final bit of foundation in the base.

Atelier Cologne is a brand from which I like many but there are a few which have attained their own exalted tier amongst the collection. Musc Imperial was one of those which grabbed me from the moment I smelled it on a strip. It is one of the very best offerings Atelier Cologne has. As of September 2015 the exclusivity of Musc Imperial will be expanded to a wider audience as it becomes available at stockists outside of the Hotel Majestic and Atelier Cologne boutiques. For me as I imagine my eventual trip to Barcelona I now have the ability to have the reality of what I will smell when I enter the Hotel Majestic for real.

Disclosure: This review was based on a press sample from Atelier Cologne.