I have mentioned how I believe Atelier Cologne has done one of the best jobs at building a brand of any of their contemporaries. I have also believed a key part of that was the use of only two perfumers on nearly all of the previous thirty releases. Perfumers Jerome Epinette and Ralf Schwieger have provided the olfactory DNA which has define Atelier Cologne. Particularly over the last year I began to wonder if there was room for a new collaborator who could also add a different genetic makeup to this brand. 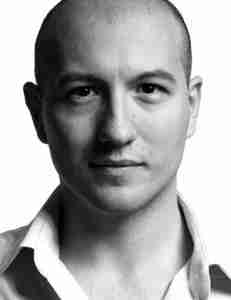 When I received my five press samples of Collection Orient I have become so used to the styles of M. Epinette and Hr. Schwieger that I felt like four out of the five felt like M. Epinette’s work. When I sent off the e-mail to Atelier Cologne to get confirmation I asked if the fifth perfume, Poivre Electrique, was maybe a new perfumer. When I received my response I was delighted to find out it was Bruno Jovanovic. 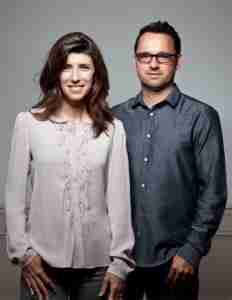 M. Jovanovic was the one perfumer outside of Atelier Cologne who I admired for also working on modernizing the cologne architecture. In 2012-2013 he made five fragrances which showed his version of contemporary cologne. The three releases he did for Thirdman, A Lab on Fire Almost Transparent Blue, and Dries van Noten for Frederic Malle. If there was a signature to his style of cologne it came in the more transparent use of woody notes in the base accord. The five fragrances I named above sit in the same space as all of my Atelier Cologne bottles because that is where I feel the future of cologne exists. I don’t know the story behind M. Jovanovic being brought in to the Atelier Cologne Perfume fold. I can say that I am delighted that creative directors Sylvie Ganter-Cervasel and Christophe Cervasel reached out to him.

For M. Jovanovic’s first brief he was tasked with using black pepper as a keynote in Poivre Electrique. Black pepper has been a fantastic note in perfume when used correctly. It has been an overbearing presence when used inappropriately. There are more examples of the latter. M. Jovanovic I believe recognized this. He uses black pepper as the replacement for the traditional herbal component of the cologne top accord. It is a beautiful beginning to what turns in to a spectacular new cologne.

Poivre Electrique opens with the black pepper front and center. It holds all of my initial attention until bitter orange eventually adds in the citrus piece of the cologne design. M. Jovanovic keeps this pepper set at a steady burn without crossing over into searing. The pepper continues as the heart notes begin to become more apparent. Rose and incense make up the duet along with pimento carrying on with the fading pepper in adjacent to it. In a set of perfumes dubbed as from the Orient this is the one phase where I felt like I was in a Pasha’s Palace. Myrrh warms the incense. Then M. Jovanovic provides his signature as sandalwood and cedar provide the translucent woody veil over the heart accord.

Poivre Electrique is my favorite of the new Collection Orient. I admire much of the risk taking evident in the other four releases but Poivre Electrique combines that adventurousness with a set of incredibly pleasing accords. I suppose it could just be that The Return of Bruno to making new cologne in a place where it feels like he should always have been, being a match made in Heaven.

Disclosure; This review is based on a press sample provided by Atelier Cologne.