Perfume has many different abilities depending on the person wearing it. I write often about how it ignites specific memories. It also has the effect of enhancing, even changing, my mood. This is the subject of many, many aromatherapy volumes. It is always something I am curious about because of the way we perceive different scents; whether it can be universal. What I can say with certainty, for myself, one independent perfumer has always produced fragrances which have a pleasantly calming effect is Tanja Bochnig of April Aromatics. When she contacted me a few weeks ago, to let me know that a new perfume was on its way to me I almost sent back a reply, “Bless you!”. This has been one of those times when a bit of perfumed serenity would go a long way. Her new release Agartha was just the prescription for my edgy nerves.

The name comes from the “hollow Earth” myth describing a city called Agartha. It is analogous to Shangri-La as a place of study awaiting a day when it can once more re-appear for it to become the dawn of a new age. Ms. Bochnig imagines all of us as our own Earth looking inward to try and re-connect with our childhood memories to provide innocent joy. This was what she was thinking of as she composed Agartha. 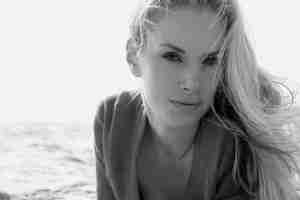 Agartha is a fragrance of glowing golden panels. Ms. Bochnig works with an all-natural palette which can really create some beautifully fragile synergies; Agartha is full of them. It is like chasing butterflies across a field never quite catching them but the pursuit is where the enjoyment is found.

Agartha opens on a fabulously burnished mimosa. I’m not sure what her source is but besides the golden sweet floral nature there is also a sturdy green leafy thread running throughout. To keep the mimosa more towards that sweeter character she buffs it with a few fruits underneath. The goldenness really gets deeper in the heart where honey forms a viscous matrix for the mimosa with complementary yet slightly competing versions of sweet. Down the middle, she runs hay and cardamom. The hay is a key piece of the early going as the dried grassiness provides a stable point for both the mimosa and the honey to bounce off of. The final throw of sweet is the slightly narcotic nature of dried tobacco leaves. It provides a third spoke on this exploration of sweet notes. The interstitial notes in the late going are patchouli and labdanum. They provide the foundation to propel the tobacco upwards into the honey and mimosa.

Agartha is another fantastic mimosa perfume in a year which has seen its share. What sets it apart from those others is the beauty in the spaces in between from using the natural ingredients. Plus, it provided me some moments of serenity in these final hectic days of 2016.

Disclosure; This review was based on a sample provided by April Aromatics.