When a store puts their name on a bottle of perfume they take a risk in potentially diminishing the overall brand. When a brand does it right it has the effect of burnishing the reputation of all involved. This has been the case in the line named for the iconic New York perfume store Aedes de Venustas. In 2012 when they released the first perfume under their name it was what I expected. A fragrance which was honed from decades of serving customers in the store and finding what styles leave lasting impressions. Owners Karl Bradl and Robert Gerstner teamed up with Francois Duquesne as the creative directors. Over five more releases since that first one they have done nothing but confirm that initial impression. If there is an overall aesthetic to the line it is for richer, opulent constructions. The latest release Pelargonium adds in a formal elegance to that.

Perfumer Nathalie Feisthauer was asked to work on Pelargonium. Her desire was to create a perfume which was like a still life painting done by a Dutch Master. Still Life as an art form was at its height during the latter years of the 1700’s. The name itself comes from an anglicizing of the Dutch word “stilleven”. The idea was to arrange common everyday objects and capture them using shadow, light, and color to provide new perspective. What it accomplished was to allow a viewer to see the everyday as something to appreciate. Mme Feisthauer takes one of the most common of floral notes, geranium, using it as the focal point around which she arranges the rest of her composition. 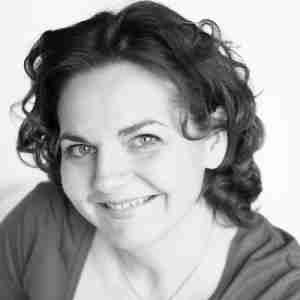 From the first days of my perfume obsession I have been very fond of geranium. The “green rose” effect it adds to a perfume has appealed to me. Only rarely is it allowed to stand out on its own. Mme Feisthauer chooses an Egyptian Geranium essential oil as the centerpiece of Pelargonium.

Before that geranium arrives Mme Feisthauer uses the lemon-tinted resin, elemi, as the opening. As the geranium begins to come forward so do a series of notes meant to surround but not override. Green cardamom and clary sage are used to support the green leafy nature of the geranium. Orris and carrot are here to give the rosy floral nature a bit of a modification. One of the reasons I think you don’t see geranium as a focus is it becomes very easy to experience it as a half-hearted rose. Which is why by using two rooty notes Mme Feisthauer turns that into something primitive and earthy. It also allows that green accord more traction, too. The earthiness is continued into the base with vetiver. The vetiver here carries a bit of smokiness with it which I liked more than if a straight vetiver was used. A little gaiac wood, moss, and musk round out Pelargonium.

A Stiil Life is meant to find something beneath the common. Mme Feisthauer’s Still Life of Geranium does that. Every choice illuminates the focal point along with the other things in the picture. Pelargonium carries the elegance of a fine piece of art.

Disclosure: This review was based on a sample provided by Arielle Shoshanna.