When I was a child the twin goals of being both dirty and wet were often abetted by the near daily thunderstorm which occurs in South Florida. Just behind our house there was a depression which would fill up with the rain. I would lustily jump in, channeling my inner swine, as I rolled in the muddy water. This would all finish as the water would drain away leaving loads of ooey gooey mud for me to dig my hands in and make mud pies with. It was the afternoon version of bliss when I was seven. Considerably removed from that time I haven’t really thought about my days in the earthen bakery until I tried one of the perfumes from independent brand Apoteker Tepe called After the Flood. 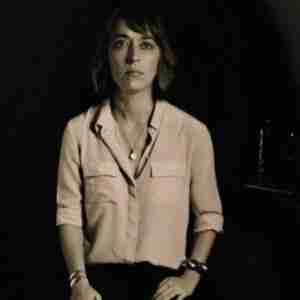 Apoteker Tepe is the brand owned by Holladay Saltz who is also the perfumer. She works out of her brownstone in Harlem, New York. She released her first collection of perfumes in 2014 and has recently released her second collection called “The Illuminations”. The Illuminations are four perfumes which are meant to evoke “The Hero’s Journey”. After the Flood is inspired by Rimbaud’s poem of the same name. When I try the other three members of The Illuminations I am more easily drawn in to Ms. Saltz’s vision. After the Flood returns me to sitting in a hole surrounded by thick redolent mud. 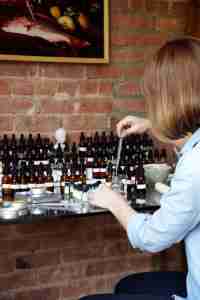 Ms. Saltz at work in her in-home atelier (via designsponge.com)

One of the best, and worst, things about independent perfumers is they will try almost anything. There are times where that fearlessness coupled with inexperience can take a good idea and bury it underneath too many concepts vying for the wearer’s attention. Ms. Saltz is one who uses only a few ingredients and her perfumes are much the better for that restraint. In After the Flood her keynote is violet leaf absolute. She takes the green earthy quality of that ingredient and adds in even more earthiness. Mushroom, patchouli, and green cardamom are combined with her wet soil accord. Throughout it all there is the violet leaf unchanging and beautifully displayed as these other notes enhance and contrast it. I found the cardamom in particular helped evoke the slightly spicy nature wet dirt has. It is subtle. Ms. Saltz recognized this and keeps the cardamom finely tuned.

After the Flood has 8-10 hour longevity and moderate sillage.

Any fragrance which can strongly evoke a scent memory is always going to find a fond place on my skin. After the Flood is a perfume which celebrates a time where I could sit in the mud and consider the world from its center. I’m much cleaner, and less impulsive, these days but it doesn’t mean I don’t want to be reminded that little boy is still there. Thanks to Ms. Saltz I now have a perfume which accomplishes just that.