Probably the question anyone who writes about perfume gets most is to name your “Top 5 or 10 or 25” Perfumes of All-Time. For those of us who spend our time trying everything new we can get our nose on as well as find times for our favorites it is an impossible question. I usually say something like I have enough trouble naming my Top 25 for a given year much less the Top 25 ever. This elicits a mix of reactions but mostly disappointment that I can’t point them to the absolute best perfume in the world. Heck maybe I’m a little disappointed I can’t do it either. There is a different version of this question though which I have had an answer for since 2007, “What is your desert island fragrance?”

I learned about Caravelle Epicee one morning in 2007 when a Basenotes member “Two Roads” listed it as his Scent of the Day followed by the note list: coriander, cardamom, clove, cumin, nutmeg, allspice, thyme, gaiac wood, patchouli, sandalwood, amber, and tobacco. He generously sent me a sample and a few days later I would wear it for the first time but not the last time. 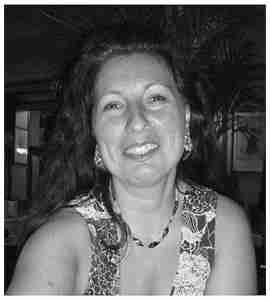 Jeanne-Marie Faugier is the perfumer under the Creative Direction of Frapin’s David Frossard. Caravelle Epicee translates to Spice Ship and I have always seen it as an olfactory landscape of the hold of a 17th Century Dutch East India Company ship just after it has unloaded its cargo after returning to its European port from a trip to the Indonesian Spice Islands. As you can tell from the list of notes above this is a veritable smorgasbord of spice. Mme Faugier is able to keep what could have been an unruly cacophony instead tuned to politeness with an almost genteel façade. This is why I describe it as standing in the hold after it has been unloaded because the spices seem to reach a certain level and then never get much more intense. After the spices there was obviously some tobacco also in the hold and then you smell the wood of the ship as the patchouli, gaiac, and sandalwood combine to give that accord. I also always get a tiny hint of an aquatic accord which captures the water just on the other side of the hull.

There you have it and finally I have put this down in print so the next time I get asked this question I can just forward them this link.

Disclosure: this review is based on a bottle of Caravell Epicee that I purchased.