There always seems to be a trajectory with my favorite popular authors. When I start reading them over their first few books they are great. Then as they gain more popularity the books begin to get longer and longer. They have more long swathes of unnecessary, or repetitive, exposition. What I believe happens is when the author is just another author the editors at their publishing company assist them to make a polished diamond. Once the author gains some notoriety and is contributing in a large way to the bottom line of the publishing company I suspect the editors are more freely disregarded or jettisoned altogether.

Over the last month I realize perfumery has its own version of this. It doesn’t happen that often but it usually occurs once an independent perfumer is making their second set of fragrances. This is after a widely successful first set of releases. The independent perfumer does not know when to stop tweaking the final formula. This has just happened as I received the fourth “final” version of the next release for this perfumer. I am betting I will get another “final” version before it finally is put on sale. This is the perfume equivalent of getting that document at work with the file name, “Perfume-Final-draft-Final-FINAL-ReallyFinal.doc”

The problem I have with this particular perfume is I really liked the first “final” version I received. I liked it so much I was going to call it out as one of the best new perfumes of the year. Then I received the three consecutive “final” versions which are still good but not as good as the first “final” version. As a reviewer this has put me in an awkward place. There was a version which I thought was as good as it gets. The version that I will eventually review will likely not be as good as that while still being good. Do I mourn the good idea turned less good? Do I try and scrub my memory clear of the earlier version? 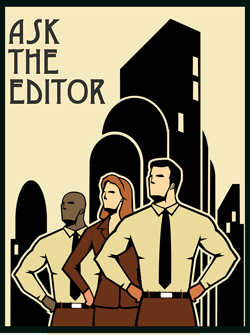 I always want to be supportive of any perfumer’s vision and I am going to do so in the case described above. What I have found out through e-mails is the only nose this perfumer is trusting to make the final decision is their own. Right there is where I think the indecision springs from. If you worked as perfumer for one of the big fragrance firms the perfumer is paired with another person called an evaluator. The evaluator is there to give an unfiltered opinion on the development of a perfume. I suspect the evaluator is probably the one to say, “Stop! Enough! It is done.” The evaluator is analogous to the publishing editor. A trained outside viewpoint can help focus the creative process.

Obviously an independent perfumer is not going to pay an evaluator but they shouldn’t have to. The key piece of information to receive is an impartial assessment of your perfume in progress from someone in whom you trust. Pick someone you feel can give you constructive advice. I think your perfumes will be the better for that. There are a number of well-established independent perfumers who I know have a few people they rely on for exactly this process. It is no coincidence that these are also some of the most successful independent perfumers, as well. Just remember at the very end you are probably no longer the best judge of your own work. Time to go find an editor.