It’s July 4th and in the US that means we celebrate Independence Day. A day of flag waving, picnics, and fireworks. I thought I’d do a special Fourth of July edition of Discount Diamonds on a fragrance I consider to be the All-American men’s cologne; Ralph Lauren Polo. 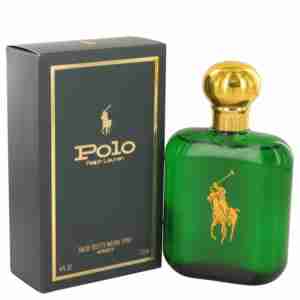 Polo the cologne was introduced in 1978. Ralph Lauren had taken the fashion world by storm in 1968 with his American fashion design. The logo was that of a polo player in full gallop. By the time they were going to branch out into fragrance it made sense to put that logo on a bottle and name a men’s fragrance after it. From the day Polo was released it has been a perennial best seller. Even though it has a dated style of leather powerhouse it can still be found almost anywhere that sells fragrance.

When this came out perfumer Carlos Benaim wanted to capture that rugged vibe of the polo player. To do this he would start with an herbal top accord of thyme, basil, and coriander sitting among the branches of a spruce tree. It is a powerful green opening which even at the time of its release was on the upper end of intensity. That remains to the present day but after forty-plus years I find it oddly comforting. This all transitions to a foundation of leather, tobacco, oakmoss, and patchouli. As distinctive as the top accord is, when I think of Polo it is this base which comes to mind. That base has been the essential DNA of Polo and most of the flankers over the years.

Polo has 12-14 hour longevity and above average sillage.

Polo has surprisingly survived the ravages of reformulation quite well. The brand has taken care to not lose what makes Polo, Polo. Polo is such a classic that if you are interested in trying the vintage formulations those bottles are also out there to be found.

A word of caution even though I write about this on a midsummer’s day this is not a warm weather fragrance. I’m not suggesting you wear some in celebration. On the other hand if you find yourself shopping over the weekend and find that gold polo player staring at you, you might want to pick up a bottle for the fall.