There are a lot of the men’s perfumes designed in the 1970’s that seem to be as dated as platform shoes. They have a way of reminding you of the caricature of the hairy chested Playboy man. There is a more charitable description as simple powerhouses. Which translates to very expressive fragrances. I believe it is these perfumes, and the men who wore too much of them, which have given fragrance a bad name to this day. I still like some of my favorites from those days, modestly applied. It is that lesser amount which shows which of them are better constructed than others. One which falls into that category is Halston Z-14. 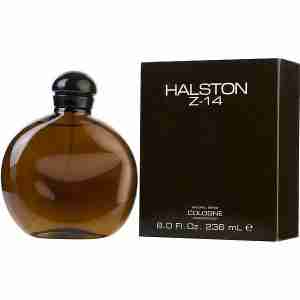 By the mid-1970’s fashion designer Halston was the man who dressed the glitterati hanging out at Studio 54 in New York City. He became one of the most famous celebrity designers because he was photographed with Liza, Anjelica, Bianca, or Margaux wearing his designs on the dance floor. As the perfume industry was changing during this time so were the buying habits of American women. Prior to this time most perfume was bought by men for the women in their lives. With women entering the workforce women were now using the money they made to buy things for themselves. Cosmetics giant Max Factor wanted a name to draw those consumers to their own fragrance. They licensed the Halston name and in 1975 released Halston for Women. It was a huge success. Which meant in 1976 it was time for a men’s version called Halston Z-14. 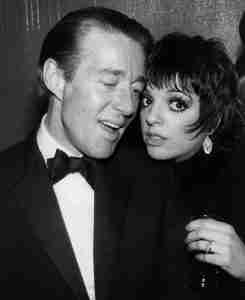 Halston would creatively direct perfumer Vincent Marcello to create a spicy citrus chypre. It is that idea of bright citrus over a chypre base accord which keeps Z-14 still relevant today. Of course that original chypre accord has been altered due to the discontinuation of many of the ingredients. When I tried a current bottle of Z-14 I was surprised at how well it has evolved from its original form. I’m not sure who is overseeing the reformulation, but they have done a good job. The description below is of a new bottle I just purchased.

It opens brightly with the lemony green of verbena ushering in a fuller lemon. Cinnamon is the primary spice which pierces the tart citrus. Just the simple balance between hot cinnamon and sunny lemon feels great. The chypre accord has also been brightened since the original formulation. Most of the time I bemoan the loss of the bite of oakmoss in the current chypres. The chypre accord here is lighter in nature. In this current version of Z-14 I think it allows it not to fall into a dated parody of itself. Instead it helps make it feel a little closer to the current time.

Z-14 can be found for around $10 a bottle. Despite its age and origins it manages to be a Discount Diamond for being a bright citrus chypre.