The aquatic class of fragrance has been so overexposed it has become a caricature of itself. When a man asks for something “fresh and clean” at a department store counter today he is likely to be sprayed with an aquatic fragrance. By the late 1980’s it was time for a change from the hairy chested powerhouses which dominated men’s fragrance and the perfume which would change things for over twenty-five years, and counting now, was released. That scent was Davidoff Cool Water by perfumer Pierre Bourdon. 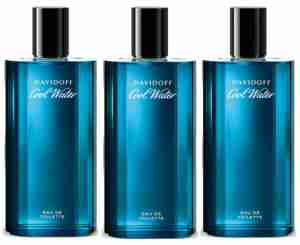 Back in the late 1980’s at the nightclub the fragrance of choice for most men was either Calvin Klein Obsession for Men, Drakkar Noir, or Ralph Lauren Polo. All of these are great fragrances and hold their own place within perfume’s timeline. None of those would be defined as fresh or clean. It is why when Davidoff allowed Pierre Bourdon to try and capture the smell of cool water it was a huge risk. It turned out the timing was just right as Cool Water became a gigantic success. That success caught most perfume companies flat footed and it was almost a year before Cool Water began to see any competition. In the overcrowded field of fragrance that fresh and clean aquatic perfume occupies it is surprising to me how much this original template has been used. Even more amusing is that there are few aquatics which can stand up to the original and every time I wear it I am reminded of what a game-changer this was. Now it can be found for less than $25 in many places. 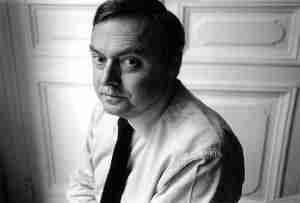 Cool Water has one of my favorite openings of any fragrance I own. The first fifteen minutes is pure bliss for me as M. Bourdon takes a bracing lavender and twists it with coriander, rosemary, orange blossom, and peppermint. That inclusion of the last note has an effect of making the rest of it feel like an icy cold splash of water hitting you right between the eyes. It has a vibrational energy I just feel every time I spray it on. The heart notes are a variation on this, as green floral is again called for, but it is achieved differently as jasmine and oakmoss are the flower and the green. A bit of geranium bridges the floral and the green and sandalwood is made sweeter for the jasmine being present. If the top was fresh the heart is where clean comes into play and it has a less flamboyant way of making its point. The base notes are amber and musk and M. Bourdon keeps them very light in keeping with what has led to them. The first few time I wore Cool Water I kept expecting these notes to get more intense but M. Bourdon was once again creating the new trend.

Cool Water has 8-10 hour longevity on me and above average sillage.

Of every perfume I wear Cool Water is the leader for eliciting unsolicited compliments. I have had both genders and all ages hand out the coveted “You smell good!” to me when I am wearing this. It is a true classic which has stood the test of time and was inducted into The Fragrance Foundation Hall of Fame in 2009. I could rue the scads of imitators it has spawned but I wouldn’t want to have a perfume collection which didn’t include Cool Water in it. As we approach the summer months here in the Northern Hemisphere it is Cool Water’s season to shine in. You can be sure it will be brightening up more than a few of my summer days. For $25 you not only get a Discount Diamond you also get one of the true masterpieces of perfume.