The more invested one becomes in perfume the more one probably tends to be on the lookout for the next greatest thing. I am certainly guilty of that even though it is a large part of what makes me enjoy writing about fragrance. Now that I have my own blog I want to take some time to look back at some of my favorite fragrances from the past. In this series I am going to focus on those fragrances which are widely available for less than $50US. While you probably wouldn’t want a real diamond at discount prices these fragrances shine as brightly as others many times their price.

Perfumer Antoine Maisondieu is one of my favorite perfumers and his recent 2013 output for Comme des Garcons Blue Santal and Monocle Scent Three: Sugi, Bottega Veneta pour Homme, and Tom Ford Private Blend Shanghai Lily show the diversity of his aesthetic. My introduction to him as a perfumer came with my discovery of the first Etat Libre D’Orange releases back in 2006. M. Maisondieu, Antoine Lie, and Nathalie Feisthauer were the three perfumers behind the original eleven with M. Maisondieu composing five including Jasmin et Cigarette and Encens & Bubblegum. While those are amazing perfumes it is his other release in 2006 which is the Discount Diamond, Burberry London for Men. 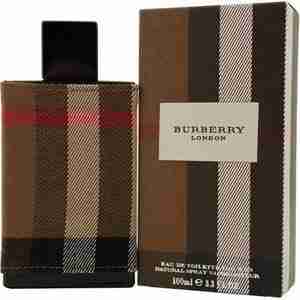 Burberry London for Men starts with a phase of lavender and bergamot which is quickly pushed aside by cinnamon, pepper, orange, and wine. I always see an imaginary warmed bowl of red wine with orange slices and cinnamon sticks floating on top when I wear this. A really nice leather accord signals the beginning of the transition to the basenotes. Tobacco, sweet and narcotic, is joined by guaiac wood, opoponax, and oakmoss. This combination just strums all of my pleasure centers and M. Maisondieu balances them precisely. It is in this last phase where Burberry London for Men lingers for the majority of the time I am wearing it.

Burberry London for Men has about 6-8 hours of longevity and below average sillage.

As I mentioned earlier this is one of my favorite sweater scents as it seems to really blossom underneath the wool covering as my body heat amplifies it. Burberry London for Men can be found for around $25US/ounce at a number of discounters.

Disclosure: This review is based on a bottle of Burberry London for Men I purchased.