Sometimes I don’t even know when a perfume I like has crossed over into Discount Diamonds territory. This happened recently when I received an e-mail from a reader asking for a recommendation for an affordable nutmeg forward perfume. I had one in mind almost immediately but I still thought it was a full-price around $50 bottle. The reader got back to me about a week later and told me they found a bottle for $20; now we were talking. The perfume was Burberry Brit for Men. 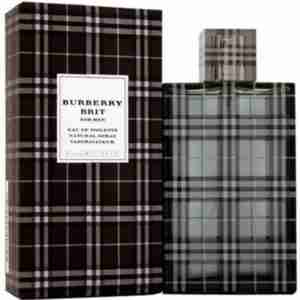 Most people know the British brand Burberry for their iconic trench coats and the equally recognizable check patterns. They are one of the more recognizable fashion brands which means they would eventually turn to fragrance. They did, starting in 1991, but they didn’t really hit their stride until 2000-2007. Over that time the brand was one of the most interesting mainstream perfumes in the department store. I still recommend many of the main versions from those years, often. Also during that time Burberry also became enamored of flankers which meant a consumer if they were looking for Burberry Brit could be faced with choosing from four or five different bottles with the flankers being almost universally worse than the parent. On the men’s side Touch for Men and London for Men are good with the latter being the first entry in this series.

Brit for Men would be perfumer Antoine Maisondieu’s first brief for Burberry in 2004. Two years later he would do Burberry London for Men. What made Brit for Men stand out for me was there were a lot of perfumes extolling the use of ginger as an energizing element. Brit for Men was one of the first where I understood that connotation. It also shifted gears from that energy to a spicy rose into a tonka and wood finish. This was mainstream perfume which had a little more to say than others.

Brit for Men opens with a tart mandarin and that ginger note. Here it picks up the greener facets of the mandarin and bergamot adding a jolt to them. Whenever I spray this on it is an immediate pick-me-up. A fantastic mix of nutmeg and cardamom leads the way to sturdy rose. The star here is that nutmeg as it rises above everything. Cedar is the main wood in the base which is made slightly powdery with tonka bean. Although the sweetness of the tonka extends those same facets of the nutmeg through the later stages.

Brit for Men has 6-8 hour longevity and average sillage.

These early 2000-era Burberry masculines form as good a mainstream set of perfumes as there are out there. I checked out the current versions and there doesn’t seem to be any excessive reformulation of any of them. Now that they are all Discount Diamonds you can buy all three for what one cost back then. That’s the essence of being included in this series.