When I was early on in my perfume wearing life Calvin Klein Obsession for Men was one of my stalwarts. YSL Opium pour Homme would also become one of my go-to Orientals. My only issue with wearing these was I was very conscious of putting too much on. These were powerful perfumes and I didn’t want to be that guy who had the reputation for wearing too much “cologne”. My solution was to add a couple spritzes to my moisturizer which helped keep the vapor trial to a minimum. I was having this discussion with a perfume friend and she asked me if I had tried Armand Basi Homme. In her opinion it was a softer Oriental with all of the things which make an Oriental appealing. She would later gift me a bottle. She was also correct. Armand Basi Homme is one of the most well-mannered Orientals I own. Which makes it one of my favorite perfumes to wear when I am heading out to Holiday parties as I can still smell good without dominating the room. 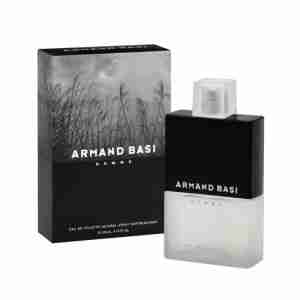 Armand Basi is a European designer brand which arose out of his work with Lacoste. In 1987 he spun off his own company producing menswear and womenswear. Like all successful brands the expansion into accessories and fragrance would come in 2000. In that year they released two very confusingly named fragrances Armand Basi Homme and Basi Homme. The former comes in a rectangular black and white bottle. The other one comes in a solid black bottle in the shape of a cube. Throughout the years when I talk about these there is always this critical moment when I try to ascertain which fragrance is being referred to. 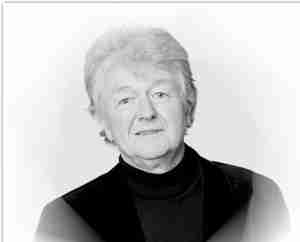 Armand Basi Homme was composed by Jean-Pierre Bethouart. M. Bethouart opens Armand Basi Homme on a cool breeze of cardamom and cinnamon through a lavender field. The cinnamon plays a supporting role to the cardamom. The lavender source is lavandin which makes it a cleaner version without many of the greener herbal facets to make it heavier. M. Bethouart keeps it light and airy. The heart is another mixture of primarily one floral, muguet, and two spices, nutmeg and tonka. This is a display of contrasts as the green floralcy of muguet is sweetened with the nutmeg and tonka. Again this could have been more boisterous but it is instead a whispering version of the push and pull between the floral and the spices. The base is a combination of three woods: cedar, sandalwood, and gaiac. It is a delightfully transparent version of these woods and it fits in with the overall tone of the fragrance as it comes to rest here.

This is a perfect choice when you want to wear something which is interesting for you but not necessarily projecting outward. It is one of my favorite unobtrusive perfumes I own. You can find a 100mL bottle on most of the discount sites for under $30 US. If you want to find the softer side of Oriental Armand Basi Homme is where to start.

Disclosure: This bottle was received as a personal gift.