Niche perfumery became a thing right around 2000. There were some brands which were offering alternative styles of perfume that were recognizably niche in the 1990’s. Acceleration of the prominence of independent brands doing things differently happened in the new century. Anything has its beginnings even further back. Throughout the 1950’s and 1960’s there were brands which created a single perfume as an alternative to what was the current trend. There was no name for them but in hindsight these were the earliest stirrings of what would become niche. One of the examples of this is Suzanne Thierry Ondine.

Not only is it a proto-niche perfume it is also a celebrity-inspired scent, as well. In 1954, actress Audrey Hepburn pulled off a rare double. She won a Tony for her Broadway performance in “Ondine”; co-starring with her future husband, Mel Ferrer. She would also win a Golden Globe and an Oscar for her star turn in the classic “Roman Holiday”.  Suzanne Thierry was inspired to create a perfume to capture Ms. Hepburn. 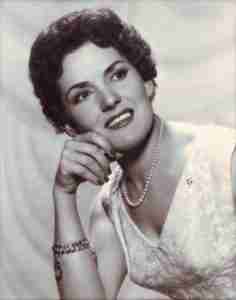 Mme Thierry was certainly the creative director for Ondine. My only question is was she also the perfumer? It seems unlikely. Which means she worked with someone to produce Ondine. I am interested to discover who this was because Ondine is a response to the big aldehydic florals of the day. Don’t get me wrong it isn’t something I would describe as transparent. It is a fresher composition then something like Madame Rochas which was released around the same time. 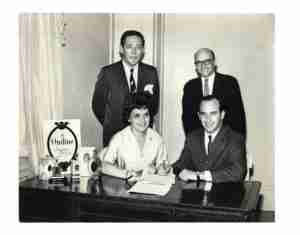 This freshening appears from the first moments as the aldehydes are kept on a firm leash. I have a feeling the choice of which aldehydes to use was something that took time. It is supported by a set of spices; cardamom, clove, and coriander are what I smell. The florals at the heart are the typical rose, jasmine, and ylang-ylang. If you pick up any of Ondine’s contemporaries you will smell an overpowering mixture of these obstreperous floral ingredients. It is a necessity to break through the clouds of aldehydes of those fragrances. In Ondine this is a style of floral accord that will become very popular in 35-40 years. Each floral ingredient is given room to expand into space without crowding the others. Even in a sample over 60-years old there is a still a reminder of what this must have smelled like fresh from the bottle. The chypre-ish base is patchouli and oakmoss. This is where Ondine does emulate its contemporaries as there is a heavier tone in the final stages.

Ondine was an example of making perfume which was an alternative to the other perfumes available at the time. It was relatively popular as Mme Thierry made publicity tours in the US into the late 1960’s. She would sit behind a table showing off her perfume. Sound familiar?

Ondine was discontinued sometime in the late 1970’s. It is still available here and there at the online resellers. It was interesting to see the concept of niche in one of its earliest incarnations even if it ended up in the Dead Letter Office.

Disclosure: This review was based on a sample supplied by a generous reader.