As I look around the Dead Letter Office considering what to write about there is a shelf which seems overpopulated. The label there reads “Rochas”. It has some of my favorite perfumes on it. I always look as I wonder how it can be the perfume is grand while they missed the consumer. Ever since the post-war release of Femme the brand has flailed about trying to find something which would share the popularity of that. It has led to a few eras over the past eighty years. One of them occurred in the late 1970’s early 80’s. It started with Mystere de Rochas.

Rochas has been a brand which has regularly relied upon in-house perfumers. Especially back then it was a crucial piece to developing a brand identity. Even though nobody but the professionals knew who was behind any fragrance. During this time, the nose in charge was Nicolas Mamounas. As he was working to give Rochas a new identity he was also looking around at what was popular. He made the decision to work on popular styles but to metaphorically pump up the volume. I am unsure what the reception was back in the day. I guess since all four perfumes made during this period are in the Dead Letter Office, I have my answer. 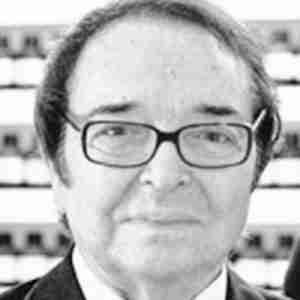 What I find kind of sad is how well M. Mamounas did at the art of giving us more. These are super intense versions of well-known styles. Mystere went for the popular style of the time, chypre. The ingredient that made chypre at that time was oakmoss. Mystere is awash in it. M. Mamounas forms a green perfume so deep it almost becomes black.

The lore of the perfume is along the lines of others which touted the “hundreds” of materials to be found. It might be so, but it spins on an axis of three primary ingredients of narcissus, patchouli and oakmoss.

It opens with a familiar hiss of aldehydes and galbanum. This sets the stage for the greening of things to come. Narcissus forms the core of the floral accord. M. Mamounas unfurls an assertive version of this which would be too sharp if left on its own. He expertly weaves in a bouquet of other florals to form an ameliorating wreath of mostly white flowers. We then come to the base where the classic chypre accord is present in patchouli, oakmoss, and a woody accord of cypress and cascarilla wood. Usually the wood is sandalwood, but this choice is much lighter in effect. I think it is so the oakmoss can just coat everything in a velvety soft green blanket. The patchouli modulates the earthiness present in the oakmoss. Whenever I need a reminder of why I miss oakmoss Mystere is a good reminder. It flows in a gorgeously textural way as it sweeps up the narcissus in its embrace.

Mystere has 24-hour plus longevity and above average sillage.

Mystere arrived in 1978 and after Rochas was acquired was reformulated. That 1989 reformulation dumbed everything down. It is the only confirmation I have that even though M. Mamoulas perfected the art of more the only place it lives on is in the Dead Letter Office.