Of every brand that I will profile in this series the Gobin Daude line is the most confounding one I will cover. In the fall of 2002 when I visited the Takashimaya department store the sales associate walked me over to a new brand the store had just stocked, Gobin Daude. There were five perfumes in the brand: Jardins Ottomans, Biche Dans L’Absinthe, Nuit Au Desert, Seve Exquise, and Sous Le Buis. Each of these fragrances were tiny glittering personal statements by the perfumer Victoire Gobin Daude. Mme Gobin Daude wanted to make perfume that was not represented by the mainstream or even the niche lines which were in their infancy at this point. She also wanted perfume to arouse passion to make the wearer feel pleasure in the experience. My favorite of the line is Sous Le Buis.

By now if you read me regularly I think you know of my fondness for green fragrances. Let me say this very simply I have no green fragrance like Sous Le Buis nothing comes close. Mme Gobin Daude takes the name, which translates to Under the Boxwood, and instead makes a perfume which should be more correctly named Inside the Boxwood. If you imagine yourself surrounded by green growth along with the leaves and woodiness, thick but also airy then you know what Sous Le Buis is like. 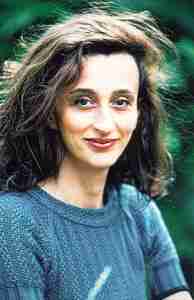 Mme Gobin Daude uses extremely simple constructions to elicit extraordinary complexity. Her style is as unique as her perfumes. Sous Le Buis opens on lavender and orange blossom turned crisp and green with clary sage. This is the expansiveness of leaves on a tree. Galbanum intensifies the green and it is all finished with oakmoss. What these five ingredients combine to form is that sense of being outdoors amidst the shrubbery. It never gets heavy but it has heft. It is light as a feather but is not inconsequential. It is a master class in perfume composition.

The entire line are some of my most cherished perfumed possessions because inexplicably in 2003 the line was discontinued and the remaining stock sold. I thought it just might have been too different and didn’t sell. The people at Takashimaya told me it was one of their best-selling brands. People were as enraptured as I was. Poor sales waere not the reason. When I ask people about this who might know I am told financing might have fallen through. I have heard Mme Gobin Daude just didn’t want to do this anymore. I am not sure I will ever know the story. At the time I expected to hear from Mme Gobin Daude again but like her perfumes she has also disappeared. If I was given one wish in all of perfumery it would be for Mme Gobin Daude to return to making perfume. Hers is a completely singular olfactory voice. I hope one day I will be surprised to find a press release announcing her return.