When the discussion turns to what the first niche perfume was it has some different answers depending on who you ask. While the early pioneers started in the late 1970’s-early 1980’s I would say that niche perfume became defined in the 1990’s. I would further aver that one of the brands which did that was Comme des Garcons.

That started in 1994 when Comme des Garcons founder Rei Kawakubo had Christian Astuguevieille oversee the foundation of the fragrance section of the brand. From that moment M. Astuguevieille has developed what has become one of the most influential niche brands in the industry which continues to be influential today. One of the things that twenty-three years of perfume making offers is a chance for perspective. It is easier to know which perfumes within the collection have been those signposts. 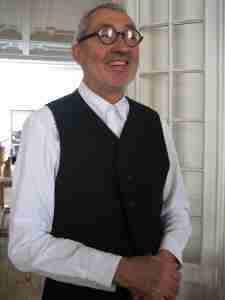 Why I am writing about this is Comme des Garcons is bringing back those early releases back to the market under the name of the Comme des Garcons Olfactory Library. As of June 19, 2017, you will be able to find ten releases of these seminal perfumes in the niche sector.

First and foremost, in the ten re-releases is the very first Comme des Garcons Eau de Cologne from 1994. Perfumer Mark Buxton would be one of the first to take a traditional fragrance architecture and turn it inside-out. What really blows me away is it still smells relevant today. This is no anachronism.

Three of the truly ground-breaking Series 6: Synthetic scents are part of this as Garage, Soda, and Tar make their return. When this was released, in 2004, it was marketed as “anti-perfume to the extreme”. What it asked was is there room in this new branch of artistic-minded perfumery for exploring real smells. All three of these are answers to that question.

The remaining six are two choices each from Series 1: Leaves, Series 2: Red, and Series 7: Sweet. Calamus from the Series 1: Leaves is one of perfumer Bertrand Duchaufour’s best green perfumes. He would return for Series 2: Red Sequoia with a booze-infused redwood forest; also included in this retrospective. Perfumer Nathalie Feisthauer did both Tar and Soda but if you want to see one of the forerunners of the gourmand style of fragrance Series 7: Sweet Sticky Cake provides that.

I’m leaving out expanding on Series 2: Red Palisander and Series 1: Leaves Lily and Series 7: Sweet Nomad Tea each of which also defined Comme des Garcons in the years of 1994-2005. Throughout there is the sure hand of M. Astuguevieille guiding Comme des Garcons to remain one of the leaders in a sector it helped broaden..

The overall concept of the Olfactory Library is for Comme des Garcons to continue to bring back the past in consistent sets of releases going forward. There are some amazing perfumes in that history to be given the opportunity to be discovered by this generation of perfume lovers.