I start as I do every year by saying I thought 2014 was a great year for perfume. I say this despite that for the third year running there were over 1600 new releases. If you just look at that number and sigh it could be expected. I wasn’t able to try all of them, obviously, but I did sniff over 600 of them. The most I’ve ever tried in a year. Out of those that I managed to try I found some truly stellar work which I believe is as good as anything perfume has produced in recent times. It is easy to focus on the all too large number but let me see if I can remind you of that which did make 2014 a year worth remembering.

One of the things that stood out for me was creative direction for perfume came from all different directions. Facebook groups like Peace*Love*Perfume, and their founder Carlos J Powell, worked with a group of independent perfumers on The PLP Project. Blogs like CaFleureBon, and their Editor-in-Chief Michelyn Camen, collaborated with both Shelley Waddington and Tanja Bochnig among others. The perfume event Sniffapalooza birthed its own perfume. Passionate enthusiasts like Victor Wong of Zoologist Perfumes turned his passion into action. Stores like Aedes de Venustas added two new releases and MiN New York released Vol. 1 of Scent Stories. Even the decant site Surrender to Chance got in on the action working with AbdesSalaam Attar on their two jasmine perfumes. Many of these surprised me with the final result as they showed good perfume can come from almost anywhere.

This was also one of the strongest mainstream years in a long time. In recent years it has been very easy to ignore the mass-market offerings. In 2014 there are a dozen which really stood out. Among them Narciso, Bottega Veneta Knot, Kenneth Cole Mankind, B. Balenciaga, and Cartier La Panthere. The department store had plenty to enjoy, and recommend, when I was there. 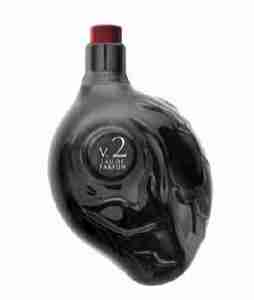 My attendance at Elements Showcase in NY in February, Esxence in Milan in March and Pitti Fragranze in Florence in September exposed me to lots of new brands. Among the deluge of new releases it is much harder to find these new brands that is where blogs provide their service as they can point perfumistas in the direction of something good. Some of the brands I thought deserved some exposure this year were Bogue Profumo, the re-launch of Le Galion, Peccato Originale, Map of the Heart, and ZarkoPerfumes. 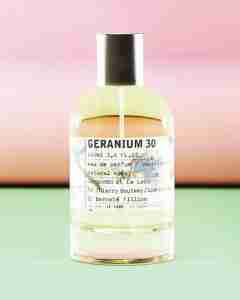 We saw the beginning of the changing of the guard at Hermes with Christine Nagel beginning her tenure as Jean-Claude Ellena starts to end his. Chanel decided to keep their changeover a family affair as Olivier Polge takes over from his father Jacques Polge. I think both changes can be very positive for both brands especially the one at Chanel who has played it much too safe over the last couple of years.

The biggest buzzkill of this year was the long arm of the EU and IFRA legislating out ingredients from perfume. The lack of any common ground for the perfume producers to agree upon ended up leaving a fragmented unfocused response which lacked impact. There are lots of ideas but very little agreement about the best path for the most people to respond. If I have any wish for 2015 it is for the majority of the industry to get behind some common response.

There are some who see Estee Lauder’s acquisition of niche brands Le Labo and Editions de Parfums Frederic Malle as a disaster in the making. I think it has the chance to show that niche has arrived and can take its place at the counter next to the big brands. By this time next year we’ll have a better idea on which way the wind is blowing for both of these brands.

Finally I want to mention Saskia Wilson-Brown and the Institute for Art and Olfaction in Los Angeles. In 2014 they established the first meaningful award for the independent perfume community. It gave me so much joy to see Neela Vermeire, Tanja Bochnig, Amber Jobin, and Yosh Han honored for their work in 2013. The second edition just closed submissions for 2014 and there was a 35% increase in entries. I predict winning one of the IAO Golden Pears is going to be as prestigious as winning a Fragrance Foundation award very soon.

Tomorrow I will continue in Part 2 by naming my Perfume, Perfumer, Creative Director, and Brand of the Year for 2014.