For those who read last week’s Boot or Reboot on Patou pour Homme I can understand if you might be unsure about my confidence in perfumer Thomas Fontaine’s ability as the keeper of the Jean Patou flame in the 21st Century. Patou pour Homme was a good opening statement if not entirely successful in recreating the original. My confidence really comes from M. Fontaine’s work on the 2013 version of Chaldee. 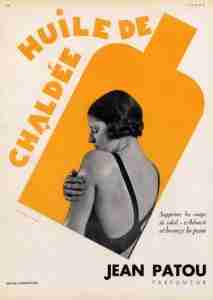 In 1927, Chaldee was the fourth fragrance released by Jean Patou. It sprang up from another Jean Patou product Huile de Chaldee which was meant to be used a suntan oil, as “sun culture” was just coming into its own in the late 1920’s. Suntan oil in those early days was just castor oil and so Jean Patou asked their perfumer Henri Almeras to add something to the castor oil to make it smell nice. After its launch they found women wearing it even when they weren’t in the sun because they liked the smell and so M. Almeras designed the perfume version simply named Chaldee. 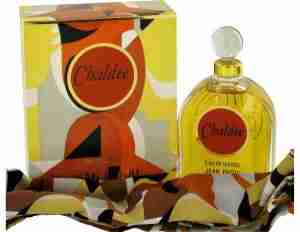 The original Chaldee was a mix of orange blossom, narcissus, and vanilla predominantly over a musky base meant to evoke sun warmed skin. When you sniff the 1927 or the re-released 1984 Ma Collection version it is mostly the deep musky aspects which predominate. My small sample of 1927, or so, Chaldee and my Ma Collection bottle both smell very similar so I am guessing that somewhere after around 20-30 years of aging the oils have hit their steady state. That is something that should always be taken into account when doing these comparisons. Any vintage fragrance has had tens of years to continue to evolve. In essence it has continued to macerate in the bottle which means it has changed somewhat. This was especially brought home to me when Patricia de Nicolai of the Osmotheque shared with me their freshly made versions of vintage perfumes. There is an essential brightness that is lost upon aging for an extended period of time, although an extra level of depth is probably commonly added. Which brings me to the new version of Chaldee. 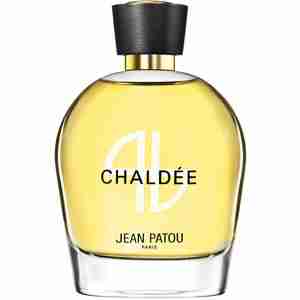 For the 2013 version of Chaldee M. Fontaine retained the core trio from the original of orange blossom, narcissus, and vanilla. What is different is the narcissus has a much more pronounced presence. Narcissus is one of my favorite floral notes in all of perfumery and its enhanced prominence adds an intensity to the heart of the 2013 version which doesn’t exist in either of the vintage versions. M. Fontaine also adds a pinch of lilac which makes the new version feel fresher. The base is opopanax and vanilla as in the original but the musky aspect never hits the depths it does in the original. Here is where M. Fontaine makes a truly ingenious decision. Instead of trying to plumb the same depths that the original Chaldee did he lets the 2013 version add some musky aspects and then before going deeper he asks the 2013 version to hold that lesser intensity through to the end.

In this battle I am extremely surprised to be choosing the Reboot over the Boot. One reason is I think this new version is more truly close in style to its suntan oil beginnings. M. Fontaine shows an understanding of its history and the 2013 version smells like something I would smell on a beach or next to the pool. When I smell my vintage versions I’ve always giggled a bit at the thought of a beach full of women smelling like Chaldee on a summer’s day. The 2013 version feels like it easily could be seen like that. This singular achievement has me excited for M. Fontaine’s future efforts because I think he gets what it means to be a Jean Patou fragrance and with the restrictions placed on him by IFRA I think he is the best person to try and revive my beloved Jean Patou.

Disclosure: This review is based on a sample of 1927 Chaldee, a bottle of 1984 Chaldee I purchased; and a sample of 2013 Chaldee from Aus Liebe zum Duft.

Editor’s Note: There is also a 2013 version of 1976’s Eau de Patou and it is also very well done. If I was going to do a Boot or Reboot on that it would be another very close call for Boot but M. Fontaine keeps making me think about it.